How one Canadian town transformed its water and wastewater operation to achieve real-time monitoring and control. 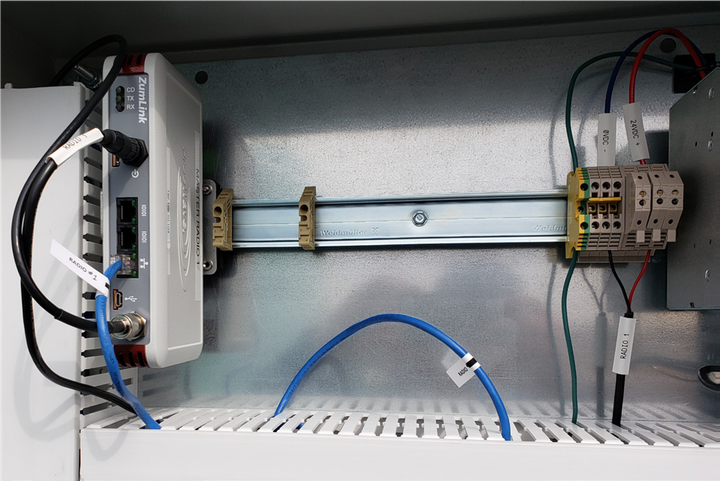 This article first appeared on WaterWorld.com on October 25, 2019 and is reposted here with permission.

Situated on the southeast edge of Sylvan Lake, a 15-kilometer-long (9.3 mi) lake, the town of Sylvan Lake in Alberta, Canada is home to nearly 15,000 citizens and attracts more than 1.5 million tourists from around Alberta each year.

The town, which is roughly 9 square miles in size, has 19 field stations that comprise its core water infrastructure operations; seven water stations and 12 wastewater pumping stations. Half of the town sits at lake level. As a result, wastewater must be pumped from lower elevations to higher elevations. Water reservoirs require continuous monitoring to ensure chemical injections stay in check and the water supply is safe. As the town and demand has grown, so has the need to automate this critical infrastructure and to upgrade the communications network.

For the last four years, Contact Automation Inc., a system integrator located in Western Canada, has provided maintenance and network management services for the town’s existing water infrastructure SCADA and communications system. On a regular basis, we troubleshoot hardware communications and sensor failures and have managed network footprint expansions as new water and wastewater facilities online. We too, were keenly aware of the limitations and daily operational challenges caused by the city’s aging system.

Because of the system’s limitations, town workers had to physically drive to each field location to monitor and report on the system repeatedly throughout the day. Town officials recognized its requirements for the existing system exceeded what was actually possible and needed to find a new cost-effective solution that integrated Smart Utility Technology to keep their entire operation safe, compliant and accommodate for future growth – and ultimately found one with FreeWave Technologies.

Sylvan Lake’s existing communications system posed a number of ongoing challenges. Over the last five years, the communications network had become increasingly unreliable. It was plagued with system- wide errors due to hardware failures.

Since all station inspection reporting had to be done manually, historical operational data was not easily searchable or accessible. While each station had alarms, they were limited in growth and expandability and town officials knew they couldn’t continue to manage the system effectively via remote call outs. If a pump went down – even for minutes – it could result in an environmental disaster.

Despite our best efforts to keep up with its maintenance, the current system was showing every bit of its age. The city’s growing need for automated reporting, real-time monitoring and centralized control of this critical water infrastructure kicked off a two-year effort to modernize its communications infrastructure to not only meet current needs, but also allow the scalability to handle future requirements.

In a nutshell, the town no longer trusted the communications system in place to monitor and manage their critical utility infrastructure. The growing number of system-wide errors, manual processes and old technology was hampering their goal of achieving a fully automated solution.

Sylvan Lake also wanted an asset management, ERP system and other outside resources as part of their overall network upgrade. After years of planning and securing the approval for funding, the initiative to transform the town’s water management communications system began in March of 2018.

The town was running an antiquated poll/response serial SCADA system and over the last 20 years, each field station came in and was programmed by a different person, so the configuration differed from site to site. Our goal was to standardize the entire system from the ground up. 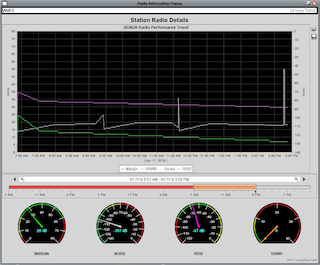 Data from the ZumLink IQ Modbus registers is pulled to integrate network data into the Ignition SCADA system.

This publish/subscribe, or Pub/Sub, architecture provides granular data to anyone on the network and the proven ruggedness of the Zum platform provides a reliable home for applications that place analytics and intelligence alongside remote assets. As a result, the ZumLink IQ is an all-in-one solution that provides both secure wireless data transmission over long distances and application deployment.

Adding MQTT at the edge makes the field stations smarter, while keeping the system’s overall footprint and bandwidth requirements small. Typically, the more hardware you put in, the costs to purchase and maintain the system go up. This solution gave us the ability to migrate and upgrade each station to achieve IoT at the edge by simply replacing the radio hardware. No other hardware had to be deployed to the field. Now, if we want to monitor pressure on a water line, we can just use a sensor with a FreeWave radio. The field system has been greatly simplified, communications and data accuracy has improved and we have lowered infrastructure costs by making the edge smarter.

To date, all seven fresh water pumping stations have been upgraded, as well as a new remote monitoring station. A new centralized control center was established at the main reservoir on the south edge of town.

Thanks to the upgraded network, Sylvan Lake went from having only one monitoring station in a remote location to managing the entire network in real-time from multiple locations and via mobile all at the same time. The primary maintenance office is located downtown and remains the heart of its core operations. From this location, they can easily view the entire system on multiple screens.

The old system required round-robin poll/response requests to each station to report system data which could take five minutes to accomplish – longer if a communications issue occurred. This delay was limiting their ability to see live data and remotely monitor the entire system effectively. In some cases, they were missing data spikes that could indicate an issue before it became an active alarm. The old system limited them to just responding to alarms, versus being able to take a more proactive approach to station maintenance.

With MQTT, all field stations operate independently. If one site has an issue, the rest of the system won’t be taken down with it. System-wide updates and alarm data are now available in seconds. SQL historical database development has now allowed for simple data reporting and analysis. Year-end compliance reporting has also been transformed, eliminating time consuming manual analysis and achieving significant efficiency and time-management gains.

Sylvan Lake can now trust that the system they use to manage their water operations and the data it generates is reliable. They can communicate with their entire team from a central location, have reduced the points of failure and eliminated the need to physically drive from station to station to check and monitor their infrastructure multiple times a day. The communications reliability of field radios is nearly 100 percent.

Work will continue through the end of 2019 to bring the town’s 12 wastewater operations online. But even then, the network will have the capacity to grow and expand as needs require.

We learned a lot throughout this process and made significant improvements along the way – including the ability to drag and drop Ignition Edge software onto the radios – it’s now simple and seamless. ZumLink IQ allows customers to modernize their networks without having to rip and replace everything in the field. Replace your radios and IoT is established. The most satisfying part of the town’s communications network transformation? I can now say yes to any request they make of the new system, when previously I had to say no. As an integrator, that’s important.