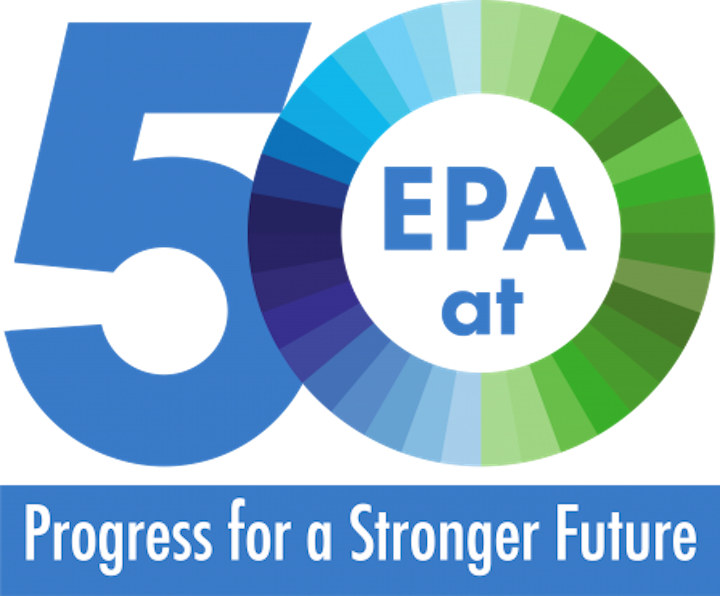 WASHINGTON (January 06, 2020) — As 2020 will mark the 50th anniversary of the US Environmental Protection Agency (EPA), the agency has announced its anniversary theme: “EPA at 50: Progress for a Stronger Future.”

“For 50 years, EPA employees and our many partners have worked together to fulfill the agency’s mission to protect human health and the environment. Today, Americans enjoy cleaner land, air, and water than ever before,” said EPA Administrator Andrew Wheeler. “I look forward to celebrating the agency’s accomplishments throughout the year, and I hope that we can inspire the next generation of environmental leaders to continue building on our progress for the next 50 years.”

Throughout 2020, EPA will commemorate the agency’s many achievements and continued progress, culminating in a 50th Anniversary Celebration on December 2, 2020. During the month of January, EPA will be highlighting the agency’s efforts to create a cleaner, healthier environment for all Americans. Since 1970, EPA has made significant progress in protecting the nation’s water, cleaning up the country's air and land, and safeguarding human health. Historic milestones include setting the nation’s air quality standards to protect human health, regulating the quality of public drinking water, creating the Superfund program to clean up hazardous waste sites, and protecting children from exposure to lead-based paint, to name a few.

EPA was established on December 2, 1970, to consolidate into one agency a variety of federal environmental responsibilities including research, monitoring, standard-setting, and enforcement activities to ensure environmental protection while simultaneously safeguarding human health. The agency’s first administrator, the late William Ruckelshaus, took the oath of office on December 4, 1970.