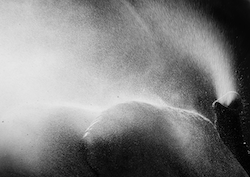 There are days when I want to climb on my roof (a non-trivial challenge for a man of my age) and shout to the world “It is all the same water!” What I mean is that all of these different standards and criteria that we create to manage stormwater are all based on the same runoff—runoff that is created when it rains. No matter how we spoon it into separate buckets it is all the same water.

But you would not know that when dealing with many stormwater agencies. There are design rules for hydromodification/flow control, water quality, flood frequency, drawdown time, LID, wetland protection, and who knows what else. These rules all exist in their separate little worlds, without acknowledgment of the bigger world of stormwater runoff. What do I mean by that?

Our stormwater world reminds me of the Indian fable of “The Blind Wise Men and the Elephant.” You probably know the story. A group of blind wise men are summoned to the king’s palace to investigate a strange creature, of which they have no knowledge, called an elephant. Each blind man touches only one part of the elephant and then draws a conclusion about the shape and function of the beast. The man who touches the elephant’s trunk claims that the elephant is like a large snake. The man who touches the ear claims that the elephant is a large fan. And so on. No single blind man can see (pun intended) the whole elephant. Based on my years of stormwater experience I see the same situation with government agencies and stormwater. No one sees the whole elephant (that is, the big picture). 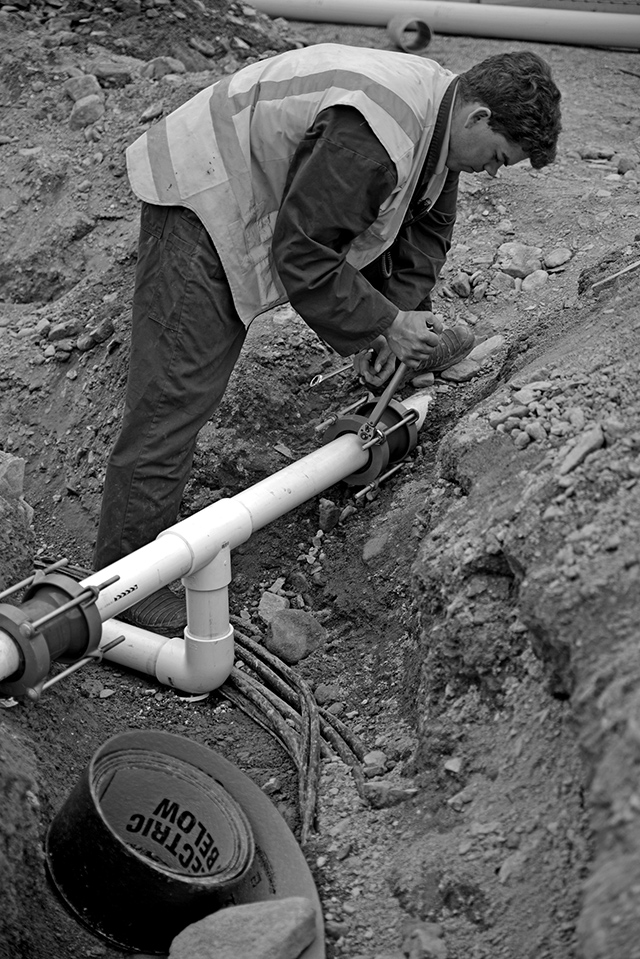 As a consultant, I work mostly with stormwater agencies on the West Coast (Washington, Oregon, and California), but I suspect that my experience is typical nation-wide. Here is one example: Hydromodification (also known as flow control or flow duration) is based on keeping erosive flows from increasing in both size and length of time when land is developed. This is typically achieved by constructing large stormwater storage systems with small flow outlets (orifices). This means that the water is slowly released and mimics the discharge pattern prior to land development. It is a good idea and is used by many jurisdictions in Washington, Oregon, and California.

In California, there is also a vector (mosquito) management requirement that a stormwater storage facility must drain (drawdown) within so many hours. In other words, standing water is bad because it allows for mosquito breeding. It has often been my experience that the drawdown requirement conflicts with the hydromod requirement. The drawdown time is short, requiring fast, large discharges; in contrast, hydromod requires slow, small discharges that produce large drawdown times. When this conflict in regulations is brought to the attention of stormwater agencies, the answer is often, “Figure out a way to do both.” That is often impossible. It is all the same water in a single facility, but with two conflicting standards. Which standard should take precedence or how can we modify them so that they both work together to achieve common goals? 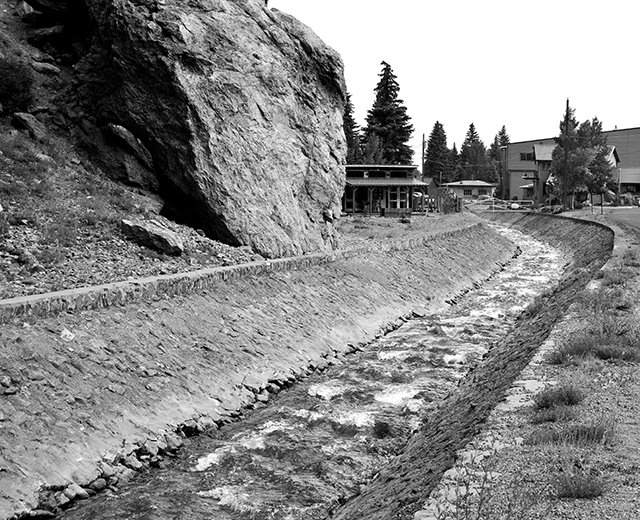 Another standard that lives in its own little world is the water quality volume standard. The water quality volume (WQV) is usually based on some arbitrary storage volume that is calculated based on a 24-hour storm or something similar. My question is always: Is the WQV live storage or dead storage? If it is live storage (in other words, the amount of storage fluctuates with inflow and outflow) then how do we know the actual amount of time that that water is going to be available to provide water quality treatment to settle out pollutants? But if the WQV is dead storage (in other words, a permanent pool of water) then how does it comply with vector management drawdown time requirements?

Other components of stormwater management (LID, flood control, wetland protection) also live in their own little worlds. LID (low-impact development) can be in the form of bioretention, pervious pavement, flow dispersion, green roofs, etc. Some jurisdictions say that LID can only be used for hydromod, some say that LID can only be used for water quality, and others say that it is totally separate from both and its regulations live in a parallel stormwater universe. The truth of the matter is that, depending on the type and design of the LID facility, it can be used for both hydromod and water quality and flood control and anything else stormwater-related. That is not to say that LID is the sole solution, but it can be part of the total solution.

Flood control is another water management set of regulations living in a parallel universe. Flood control originated with the concept of managing flood waters in rivers. Its focus is flood frequency and flood elevations. Often the goal has been to facilitate and speed up flow downstream to prevent upstream flooding. Yet in most of the country, the water that feeds the rivers is stormwater runoff. Control the water at its source and you can control downstream flooding. 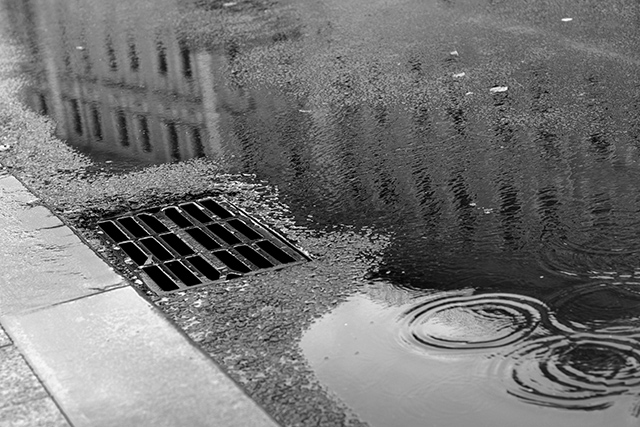 I could go on, but I think that you are starting to get the picture. No one sees the whole elephant. What is the answer to this blind wise men’s dilemma?

We need to evaluate how these stormwater facilities are going to function for a multitude of goals under a multitude of real-world conditions. That requires us to be able to evaluate how these stormwater facilities operate over the whole hydrologic cycle (from rainfall to runoff and evapotranspiration). Single-event hydrology can’t do that; only continuous simulation modeling can.

This is typically done by inputting multiple years of historical precipitation data (hourly or shorter interval) and pan-evaporation data. The model then computes where the water is going every time step (one hour or smaller). Depending on the vegetation, soil characteristics, and land slope the water will take different pathways to different destinations at different rates and speeds.

Water falling on impervious surfaces will runoff quickly. Water falling on vegetation and soil will first fill the vegetation interception storage then infiltrate into the soil, depending on the soil properties. Soil moisture will be calculated with some water going to surface runoff/overland flow, some to interflow (shallow, subsurface runoff), and some to groundwater (and potentially becoming base flow). The timing and amount of water that goes in these different directions and pathways varies each time step as the soil moisture and storage changes. Evapotranspiration returns water to the atmosphere. Everything has to be in balance.

In the real world, the rate and volume of runoff that reaches a stormwater facility will vary. A long duration, low-intensity rainfall event will fill up a stormwater pond or vault or bioretention slowly. A short, intense rainfall will do just the opposite. Back-to-back rainfall events will impact a stormwater facility differently than the same two events occurring weeks apart. A long-term historical precipitation record should include all of these real-world variations in rainfall volume and intensity as they apply to a specific local location. 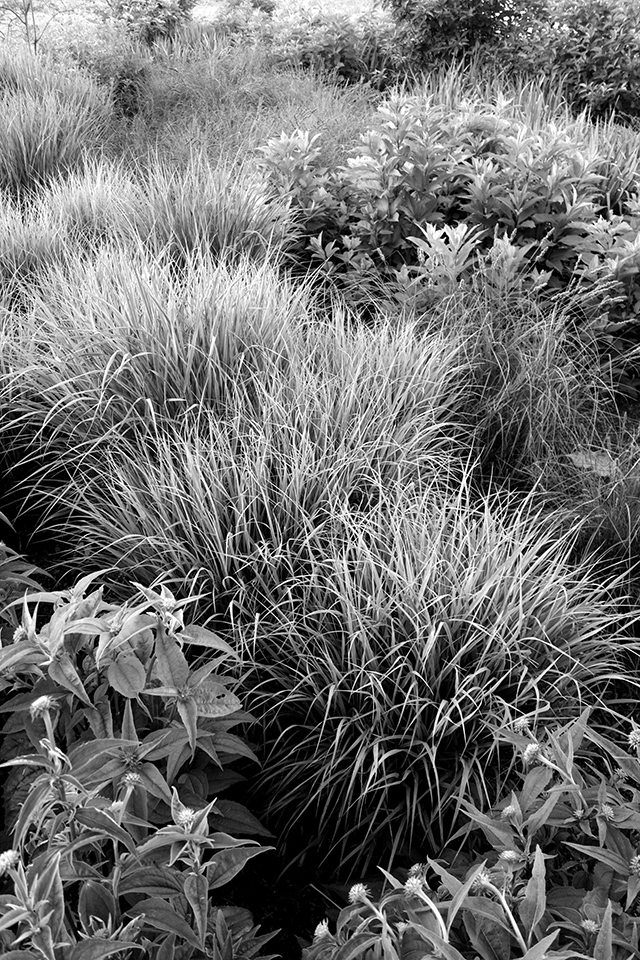 With continuous simulation modeling, we can see how a single stormwater facility or a treatment train functions in a variety of real-world conditions. Will an LID feature actually reduce stormwater runoff volume and, if so, by how much annually? Will a water quality treatment facility actually treat the percent of total runoff, as expected, on an annual basis? Will a stormwater facility designed for hydromod prevent an increase in erosive flows in terms of flow rates and durations? What percent of the time will there be standing water in a facility, how long will be there, and how does this information relate to the local mosquito breeding season? Only continuous simulation modeling can answer these questions.

What continuous simulation models are available? The most commonly used continuous simulation hydrology software packages are EPA HSPF and EPA SWMM and their spin-offs. HSPF is better than SWMM at modeling hydrology; SWMM is better than HSPF at modeling pipe hydraulics. In recent years both EPA software packages have been commercialized (PCSWMM, XPSWMM, and WWHM-SWMM, to name a few) to provide the user with more options and greater ease of use.

Regardless of what continuous simulation modeling package you use, the key is to look at the whole picture of how your stormwater design (with a possible mix of facilities and features) will work long-term with a full range of hydrologic conditions. Making decisions based on just one goal using just one measurement (a single event) is like touching just the leg of an elephant and claiming that the animal looks like a tree. We do not need to be blind to the fact that when determining stormwater standards for a variety of requirements, it is all the same water.