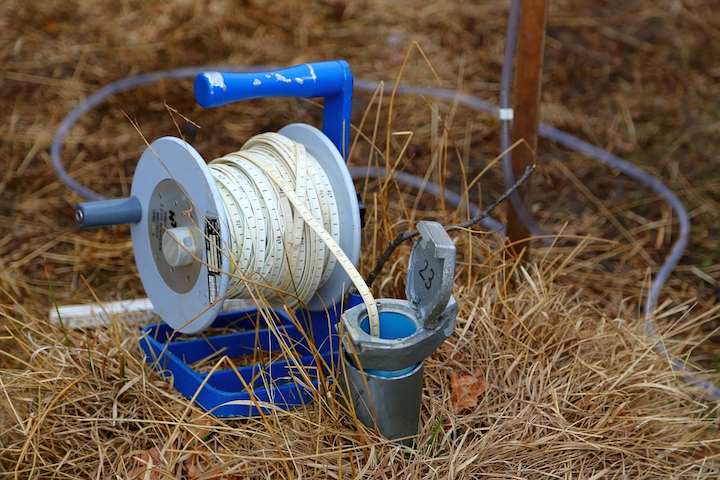 Groundwater is the largest source of freshwater in the world. In the US, it provides drinking water to millions of Americans and is essential for irrigating crops. If more water is withdrawn than is allowed to infiltrate back into the ground, it can cause problems like subsidence, saltwater infiltration, and reduced surface water supplies. In recent decades, increasing extraction of groundwater has resulted in shrinking water tables around the world. But in addition to being withdrawn for human purposes, groundwater also feeds rivers and streams around the world, and the effects of a shrinking water table can impact those ecosystems as well.

Hydrologist Inge de Graaf, from the Institute of Earth and Environmental Sciences at the University of Freiburg, recently published a study in Nature that shows in nearly 20% of the areas where groundwater is pumped, streams and rivers suffer from flow levels that are too low to sustain their ecosystems. By 2050, the researchers anticipate that "environmental flow limits will be reached for approximately 42 to 79% of the watersheds in which there is groundwater pumping worldwide, and that this will generally occur before substantial losses in groundwater storage are experienced."

"The effects can be seen already in the Midwest of the United States and in the Indus Valley project between Afghanistan and Pakistan," de Graaf explains.

"If we continue to pump as much groundwater in the coming decades as we have done so far, a critical point will be reached also for regions in southern and central Europe—such as Portugal, Spain and Italy—as well as in North African countries," says de Graaf.

Another problem is that groundwater often takes much longer to recharge than it does to pump out. Surface water from rivers, lakes, and precipitation must filter through the soil and into the water table. The researchers note that only a small decline in groundwater levels is necessary to affect streamflow. In 50 years, anywhere from 42 to 79% of regions where groundwater is extracted will likely have reached their limits. "Climate change may even accelerate this process, as we expect less precipitation, which will further increase the extraction of groundwater and cause dry areas to dry out completely," de Graaf says.

Rising temperatures and populations have caused an increased demand for water for both agriculture and for human consumption. And, as de Graaf points out, too often more groundwater is pumped out than is recharged through rainfall and other infiltration methods. While infiltration alone won't maintain our groundwater sources—reducing the amount of groundwater pumped out of the ground and addressing climate change are key—allowing infiltration has other benefits as well, like preventing pollutants picked up in stormwater and surface water from ending up in the ocean.