The Winding of the River

The LA River’s past, present, and a possible future 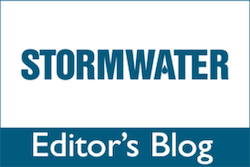 Whether you’ve seen it in person or not, you likely know what the Los Angeles River looks like. It features in numerous films, most famously as the scene of a car race in Terminator 2: Judgement Day, but also in Grease, Drive, and Chinatown, to name just a few. The LA River is iconic—with its flat bottom and sloped sides, all paved over, it looks less like a river and more like a very wide drainage ditch. But it didn’t always look like that.

According to LAist, an LA-based news outlet that’s part of Southern California Public Radio, after a flood in 1938 that killed 96 people and destroyed over 1,500 homes, the river began looking less like a river and more like a huge, paved ditch. The Army Corps of Engineers “began encasing the river in a deep concrete channel that would keep it from spilling out of its banks during future floods. They erected fences and put up ‘No Trespassing signs'...By the end, the river had been erased, transformed from an ecosystem into a freeway for moving floodwater efficiently and safely from mountains to the sea,” reports the LAist.

I recently came across an article on Curbed which featured photos of the LA River from before it was paved over compared to photos from the 21st century. In 2015, photographer Peter Bennet found the spot where nine old photos, mostly from the 1920s and ‘30s, were taken and took new ones in the exact same location. Each location has one image, split down the middle with the old picture on the left and the modern photograph on the right. There’s a slider down the middle of the image which you can slide to the left to see more of the 2015 photo or the right to show more the old one.

In the old photos, there’s vegetation, uneven banks, and natural bends in the river. In the photos from 2015, the banks are paved, and the river is straight. Occasionally, there’s some vegetation, but very little about the “river” looks natural. In some of the older images, the river is swollen and turbulent and there are washed out bridges and crumbling banks—the aftermath of the 1938 flood that began the push to pave the river.

Some of what flows into the LA river is water from wastewater treatment plants, but much of it is runoff from the streets of Los Angeles, which the paved-over LA River just shuttles right down to the ocean. There’s little chance for the water to infiltrate or to filter out any of the pollutants found in urban runoff.

There are plans, however, to revitalize the river. Since the mid-1980s, the nonprofit Friends of the Los Angeles River has been advocating for the river’s restoration as a natural habitat. And an update to the LA River Master Plan is in the works, which envisions “fifty-one miles of connected open space that includes clean water, native habitat, parks, multiuse trails, art, and cultural resources to improve health, equity, access, mobility, and economic opportunity for the diverse communities of LA County, while providing flood risk management.” It’s a lofty goal. “Getting anything accomplished on the LA River is a challenge, because there are so many different cities and government agencies with jurisdiction. In addition to the 17 cities the river passes through, there's also five additional county, state, and federal agencies, plus some others we probably forgot,” writes the LAist.

When I mentioned reading about the LA River to a friend of mine who grew up in LA, he laughed. He recalled hearing about the LA River when he was a kid. He remembered feeling excited to think his city had a river, and he wondered where it was. He pictured green banks and flowing water. He was, however, familiar with “the wash”—a straight, paved ditch with vertical banks in which water occasionally flowed. The river he was imagining was right there.

Share your experiences with daylighting or depaving rivers, streams, or another part of a watershed; send your thoughts and comments to rsim@endeavorb2b.com.