In addition to negatively impacting water quality, the over-application of herbicides costs the economy millions and results in massive crop loss. 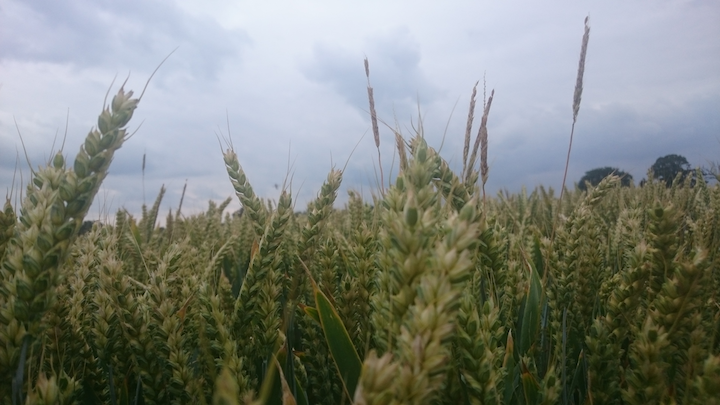 Herbicides and other chemicals used to control weeds and increase agricultural yields have, in the past, been key to feeding the world's growing population and ensuring food security. There are, however, downsides. Herbicides, along with fertilizers, can contribute to agricultural runoff, which is a major contributor to poor water quality. And, just as humans can develop resistance to antibiotics, plants can develop resistance to herbicides, which can sometimes lead to more frequent and heavier applications of herbicides, increasing the risk of herbicidal chemicals impacting water quality.

While farmers may be aware of the environmental impacts of herbicide application, excessive or otherwise, in the face of weeds choking out their livelihoods, making a change may feel impossible. But there are economic consequences to herbicide resistance for farmers and for the industry as a whole, and quantifying those consequences could encourage farmers and governments to come up with alternatives to address the overapplication of herbicides and the resultant herbicide-resistance of many weeds.

Now, for the first time, researchers from the Zoological Society of London (ZSL), an international conservation charity, have put an economic figure on the cost of herbicidal resistance of a major agricultural weed that is decimating winter-wheat farms across the United Kingdom.

Black-grass (Alopecurus myosuroides) is a major weed for cereal crops in the UK. It produces a large amount of seed, which is shed before the crop is cut, and it can occur at very high densities, competing with the crop and seriously reducing the yield if not controlled. Large infestations of the weed in farmers' fields can force them to abandon their winter wheat—the UK's main cereal crop. Farmers have been using herbicides to try and tackle the black-grass problem, but in many areas of England, it is now resistant to these herbicides.

Published in Nature Sustainability, researchers from ZSL's Institute of Zoology, Rothamsted Research, and Sheffield University have devised a new model that helps quantify the economic costs of the resistant weed and its impact on yield under various farming scenarios. According to the ZSL scientists, black-grass is setting back the UK economy over $500 million (£400 million) and resulting in 800,000 tonnes of lost wheat per year, with potential implications for national food security.

An estimated four million tonnes of pesticides are applied to crops worldwide each year. There are 253 known herbicide-resistant weeds already, and unlike the known-costs to the economy of human antibiotic resistance (which runs into trillions of dollars) estimates of the costs of resistance to agricultural xenobiotics (e.g. antimycotics, pesticides) are severely lacking.

Over-use of herbicides can lead to poor water quality and causes loss of wild plant diversity and indirect damage to surrounding invertebrate, bird, and mammal biodiversity relying on the plants.

The ZSL research found the UK is losing 0.82 million tonnes in wheat yield each year (equivalent to roughly 5% of the UK's domestic wheat consumption) due to herbicide-resistant black-grass. It is estimated that the worst-case scenario—where all fields contained large amounts of resistant black-grass—would result in an annual cost of $1.3 billion (£1 billion), with a wheat yield loss of 3.4 million tonnes per year. The study is the first national-scale estimate of the yield losses and economic cost of herbicide resistance.

The scientists argue that pesticide use must be reduced across the UK, either by introducing statutory limits on pesticide use or encouraging farmers to reduce pesticide use and instead adopt other weed-management strategies.

Management industry recommendations have so far advised using a mixture of herbicides, designed to prevent the evolution of '"specialist" resistance. However, recent research has revealed that this method actually alters the type of resistance to a more generalist resistance, giving the plants resistance to chemicals they have never been exposed to.

Glyphosate is now one of the few herbicides that black-grass has not evolved resistance to, with farmers now reliant on repeated applications to control the weed. However, evidence from a recent study shows that resistance to glyphosate is now evolving in the field too.

Lead author and postdoctoral researcher at ZSL's Institute of Zoology, Dr. Alexa Varah hopes to look more at the impact of herbicide application and resistance on biodiversity, carbon emissions, and water quality and how British farmers could fight black-grass in less environmentally-harmful ways.

Herbicide resistance in agricultural crops is a problem around the world, not just in the United Kingdom. Quantifying the cost to farmers and economies at large will hopefully encourage governments to research, support, and encourage alternative methods farmers can use to control weeds and pests so that water quality, farmers, and economy can all benefit.