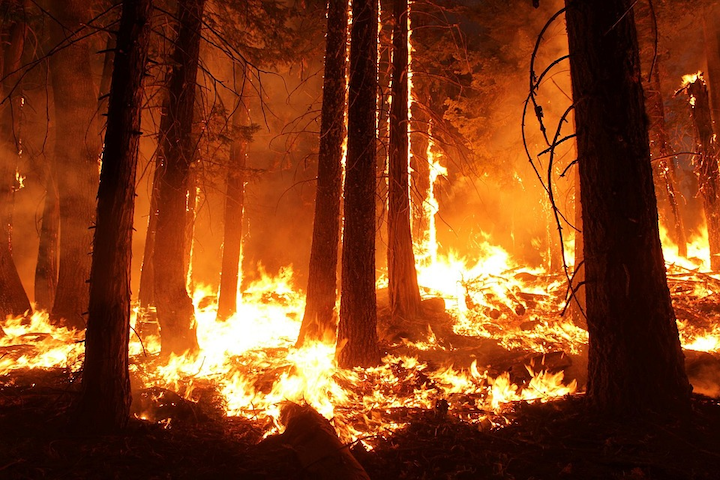 After a fire, revegetating the burn area is key to recovery and to soil stabilization. Near urban development, that can mean preventing deadly mudslides like the one that killed 21 people in Montecito, CA, in 2018. The return of vegetation to burn areas is also a vital step in an ecosystem's recovery. Some areas need only minimal human intervention to help recovery and others need more. As forest fires increase in intensity and frequency around the country, it's important to know how best to spend our limited efforts and resources, and the key to that is understanding the challenges forests and other burn areas face on the road to recovery.

A recent study from the University of Colorado Boulder has examined some of the challenges dry forests in Colorado and New Mexico face on the road to post-burn recovery, and found some areas are more vulnerable to forest loss than others. The research can hopefully help foresters and others working on reforestation to better direct their efforts.

In order to understand the variation in forest responses after a fire, the study examined burn-affected Douglas fir and ponderosa pine stands in southern Colorado and northern New Mexico. Researchers measured the density of seedlings that had established in these areas following fires from 1988 to 2010. A large number of sites, 42% of ponderosa pine sites and 69% of Douglas fir sites, were below the lowest reported historical tree densities for those areas.

The findings, which were published in the journal Ecological Applications, suggest that some areas are more vulnerable to forest loss than others. In order to recover, these forests need available seeds and favorable climatic conditions. The study found that an absence of viable coniferous seeds and the warm, dry conditions of lower elevations and south-facing slopes made it challenging for new tree saplings to establish themselves.

The researchers chose 15 coniferous forest sites where recent wildfires had occurred and conducted field surveys to measure seedling density and examine evidence of recent seed cone production. They then cross-referenced the data with numerous datasets, including climate records and potential cone producing seed trees. Although results varied by site, both tree species struggled to recover, and sites with warm, dry, southern exposure were particularly vulnerable.

Seedling densities were higher adjacent to surviving trees, where there is greater seed availability, and lower in less favorable climates. Both ponderosa pines and Douglas fir often grow in dry areas, where fewer trees survive severe forest fires, which in turn reduces the availability of seeds. The warmer, drier conditions then further stress any seedlings that do grow from seed.

In order to examine a range of outcomes for forests under climate change projections and increased wildfire activity, the researchers intend to incorporate future climate projections into their models.

There's a significant risk of erosion after a severe fire, and one of the best long-term tools is revegetation. With a better understanding of the needs of different forests (and other ecosystems) after a fire, we can improve our reforestation and revegetation efforts.

Read more about the study on the University of Colorado Boulder's website or read the abstract of the paper published in Ecological Applications.