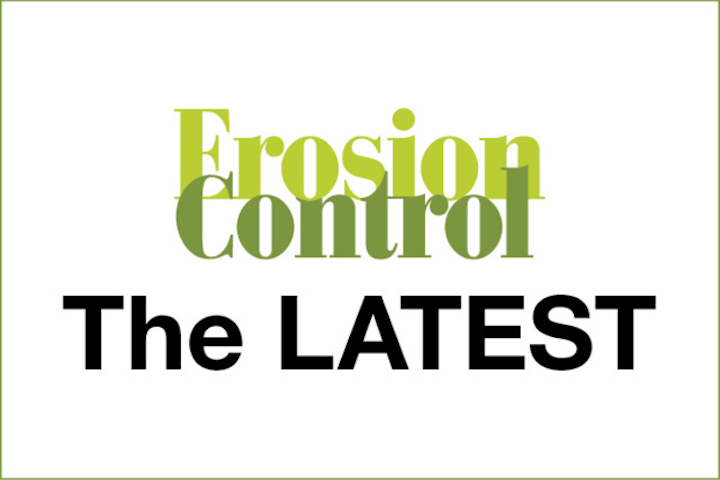 Whenever water and land meet, soil and sediment are inevitably washed away. The goal is to minimize and control the quality and quantity of sediment and erosion. In order to preserve the amount and quality of downstream water resources, protect communities (coastal or otherwise) from flooding, and minimize coastal erosion, it's vital to know the frequency, amount, and force of storms and floods that our infrastructure and communities can expect. That can be challenging, however, in the face of climate change.

The latest Intergovernmental Panel on Climate Change (IPCC) Special Report predicts dire outcomes for the world's oceans and cryosphere (the frozen parts of the planet) without timely, ambitious, and coordinated action, including immense sea-level rise and more frequent and severe floods. It highlights the benefits of sustainable development and warns of the escalating costs and risks of delayed action.

The IPCC Special Report on the Ocean and Cryosphere in a Changing Climate, approved on September 24, 2019, by the 195 IPCC member governments, provides new evidence for the benefits of limiting global warming to the lowest possible level—in line with the goal that governments set themselves in the 2015 Paris Agreement. The report urges that reducing emissions could limit the scale of changes to sea level and the cryosphere and reduce the impact on ecosystems and communities vulnerable to erosion, flooding, and reduced water quality and availability as a consequence of increased global temperatures.

Glaciers and ice sheets in polar and mountain regions are losing mass, contributing to sea-level rise and increased risks of erosion from landslides, avalanches, and flooding, according to the IPCC report. Small glaciers in Europe, eastern Africa, the Andes, and Indonesia are projected to lose more than 80% of their current ice mass by 2100 under current emission scenarios. The resulting effects on water quality and availability will impact a number of sectors including agriculture and hydropower.

“Changes in water availability will not just affect people in these high mountain regions, but also communities much further downstream,” said Panmao Zhai, Co-Chair of IPCC Working Group I.

“Limiting warming would help them adapt to changes in water supplies in mountain regions and beyond, and limit risks related to mountain hazards,” he said. “Integrated water management and transboundary cooperation provide opportunities to address the impacts of these changes in water resources.”

According to the report, the sea level has risen about 6 inches during the 20th century. However, it is currently rising more than twice as fast and accelerating. Sea levels will likely continue to rise for centuries, reaching between 15 and 23 inches by 2100 even if global warming is limited to below 2°C. If greenhouse gasses continue to increase, sea-level rise could reach between 23 and 43 inches.

“In recent decades, the rate of sea-level rise has accelerated due to growing water inputs from ice sheets in Greenland and Antarctica, in addition to the contribution of meltwater from glaciers and the expansion of warmer sea waters,” said Valérie Masson-Delmotte, Co-Chair of IPCC Working Group I.

“This new assessment has also revised upwards the projected contribution of the Antarctic ice sheet to sea-level rise by 2100 in the case of high emissions of greenhouse gases,” she said. “The wide range of sea-level projections for 2100 and beyond is related to how ice sheets will react to warming, especially in Antarctica, with major uncertainties still remaining.”

Higher seas will also increase the frequency of extreme sea-level events, which occur during high tides and intense storms and can cause severe beach and shoreline erosion. With each additional degree of warming, research indicates that events that occurred once every century—such as 100-year storm or flood events—will occur every year by the middle of this century, which will significantly increase risks for coastal and low-lying cities and islands.

The IPCC report recommends strongly reducing greenhouse gas emissions, protecting and restoring ecosystems, and managing the use of natural resources in order to preserve the ocean and cryosphere and limit the risks that sea-level rise and glacial melt pose to both ecosystems and human communities.

To read the full report and IPCC press release or to watch the press conference, visit www.ipcc.ch/srocc/home/.