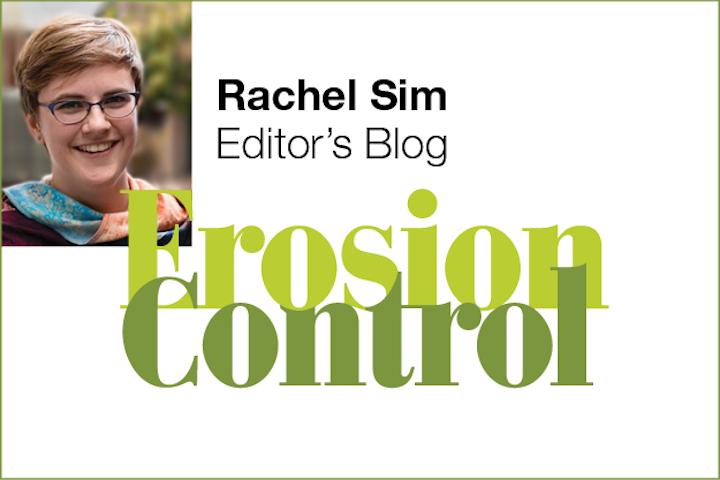 I’m a little on edge this time of year. Although it’s only just started getting really hot here in Santa Barbara, it’s definitely the dry season in California. Vegetation along the highways and in the hills around my home is turning yellow, brown, and gold. It’s beautiful in its own way, but all I can see is fuel for wildfire. The Thomas fire in 2017 and the Woolsey Fire in 2018 are still very fresh in my mind.

Managing vegetation is a vital part of preventing wildfires. Those of us who live in areas prone to wildfire know to keep flammable materials like woodpiles and vegetation away from our homes, but forests, highways, and other more remote areas also need to be managed.

We’ve heard about using controlled burns to reduce vegetation and prevent larger, deadly fires and improve forest health. But despite their benefits, controlled burns are not ideal for every situation. They need to be carefully monitored and are still risky—a controlled burn in Texas got out of control recently, and, while thankfully no one was injured, an abandoned church was destroyed.

Laguna Beach, a coastal city south of Los Angeles, has been using another method to clear vegetation—herds of goats. According to the Daily Pilot, a local newspaper, Laguna Beach has nearly 800 goats clearing fire-prone brush this year, a huge increase over last year. Although goats can eat up to 10 pounds of vegetation per day, environmental factors over the last few years resulted in a bumper crop of plant matter than needed to be removed.

“Last year, 150 goats cleared all potential wildfire fuel zones and went home early. This year, the wet winter resulted in an overwhelming crop of vegetation [...] too much for one or two goat herds to tackle, even with their ravenous appetites,” the paper reports.

There are many benefits to using goat herds for clearing brush. Not only are they a sustainable and environmentally friendly vegetation management option (less gasoline, fewer chemicals), goats can make easy work of terrain that would be difficult or dangerous for human crews or machinery. As the owner of a San Francisco-based goat herd explained to the Sierra Club, a herd of goats will not only remove all the fuel from an area, it won’t grow back until the next season.

Portugal, which is also prone to severe wildfires, is also testing goat herds as a fire prevention method. As an article in Smithsonian explains, as the populations of rural towns in Portugal age or move away to urban centers, areas that were once roamed over shepherds and goatherds have become overgrown with bush now that livestock no longer grazes there. The country’s forestry service has designed a pilot program to return goats to the countryside to minimize burns, and about 40 to 50 goatherds with 11,000 goats have signed up so far. Officials are hoping to learn from this program before rolling it out on a larger scale.

Do you have any experience with unusual vegetation management methods, bleating or otherwise? Send your experiences, comments, and thoughts to rsim@endeavorb2b.com.