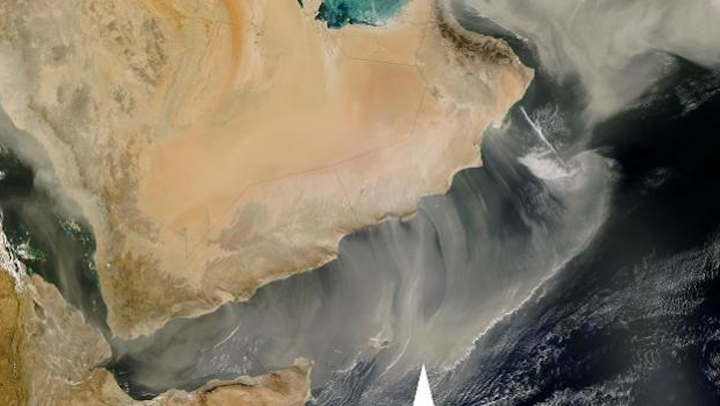 Scientists from King Abdullah University of Science and Technology (KAUST) in Saudi Arabia and from India have studied the long-term summer dust trends, and the mechanism responsible for these trends, over the Arabian Peninsula since 1980. Over the past decade, intense winds blowing from Africa through a mountainous gap on the western Red Sea coast have led to a buildup of summer dust in the Arabian Peninsula. The dust could have long-term health and global climatic implications.

The results of the KAUST study have been published in the Journal of Geophysical Research: Atmospheres (JGR Atmospheres).

Dust from the Middle East has significant effects on atmospheric heating, global atmospheric circulation patterns, regional oceanographic processes, and on the Indian summer monsoon system. Recent studies have noted increasing dust storm activity over the region, but little was known about its magnitude or long-term trends.

The study published in JGR Atmospheres analyzed more than three decades of dust data—from 1980 to 2016—inferred from satellite observations, in addition to information on wind, surface soil temperatures and moisture, surface air temperature, and sea level pressure related to the northeastern and eastern Arabian Peninsula and the southern Red Sea.

The researchers found the increased summer dust loading over the Peninsula in the last decade is largely due to increasingly strong westerly winds that carry sand from the Saharan Desert through the Tokar Gap, a low break in the mountains along the Red Sea's western coast in Sudan. A significant rise in gusty winds over the Red Sea has also increased summer dust, and rising air and soil temperatures, together with reduced soil moisture, have led to greater local dryness and an enhanced uplifting of dust.

The information gathered in the study could be used to investigate the impact of increased summer dust loading on the regional climate. Dust negatively impacts air quality, renewable energy, and marine life and could have implications for water management, agriculture, and health both on the Arabian Peninsula and in the African countries where the dust originates.

The team next plans to develop dust projections over the Arabian Peninsula, and to investigate how dust interacts with other climatic processes at the sub-seasonal and inter-annual scales.