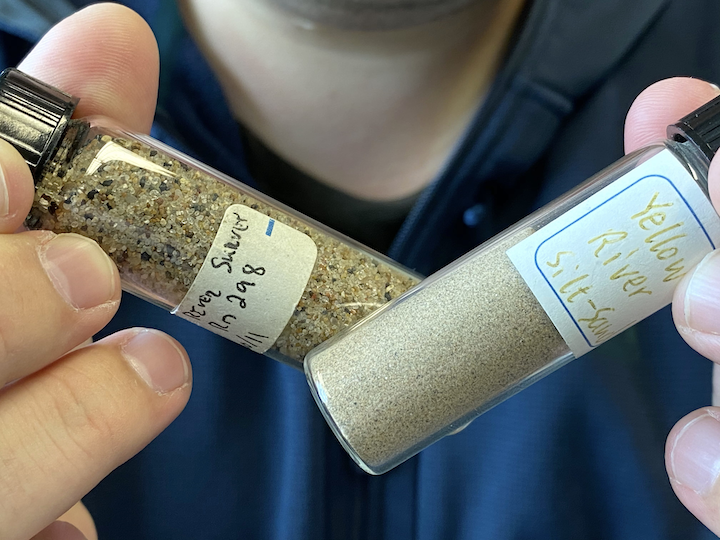 Scientists from Rice University have released a report describing the differences in how silt, sand, and other sediments are transported downstream by rivers to nourish deltas and coastal wetlands. The work was led by Rice coastal geologist Jeff Nittrouer and postdoctoral researcher Hongbo Ma. The report was published in the Proceedings of the National Academy of Sciences.

There are different methods by which sediment can be carried downstream. Some grains of sediment larger than 150 microns move along the bottom of the riverbed while others are suspended within the current. Even finer grains are completely lifted into the flowing water and move much faster towards the mouth of the river. Once there, those fine sediments can change the landscape, generating deltas and replenishing coastlines.

The researchers were surprised that, regardless of how fast a river is flowing, it is the grain size of the sediments that determines the method of transport. The research, which brings together decades of experimentation and field observations, shows that sand and silt shift suddenly from one method of transport to another depending on size.

"Most people look at silt and at sand and say these things are awfully close to one another," said Nittrouer. "But the reality is there are fine-scale differences between the two that offer enormous changes in the amount of material moved. We often consider the world to be a linear place, but if you change grain size by just a small fraction, you suddenly change the volume of material transported by 10- to 20-fold."

The large sand dunes that make rough riverbeds are associated with relatively coarse material and create friction, which limits the amount of energy available to move sediment. Silt and very fine sand, which are transported downstream by suspension, create long, low dunes. The lower friction means more of the flow's energy can be used to transport the material.

Sediment flux alters coastlines, deltas and the course of rivers themselves. "Our capability to predict how fine-grained sediment moves in different environments has been very limited," said Ma. "We basically set out to simplify the entire system." 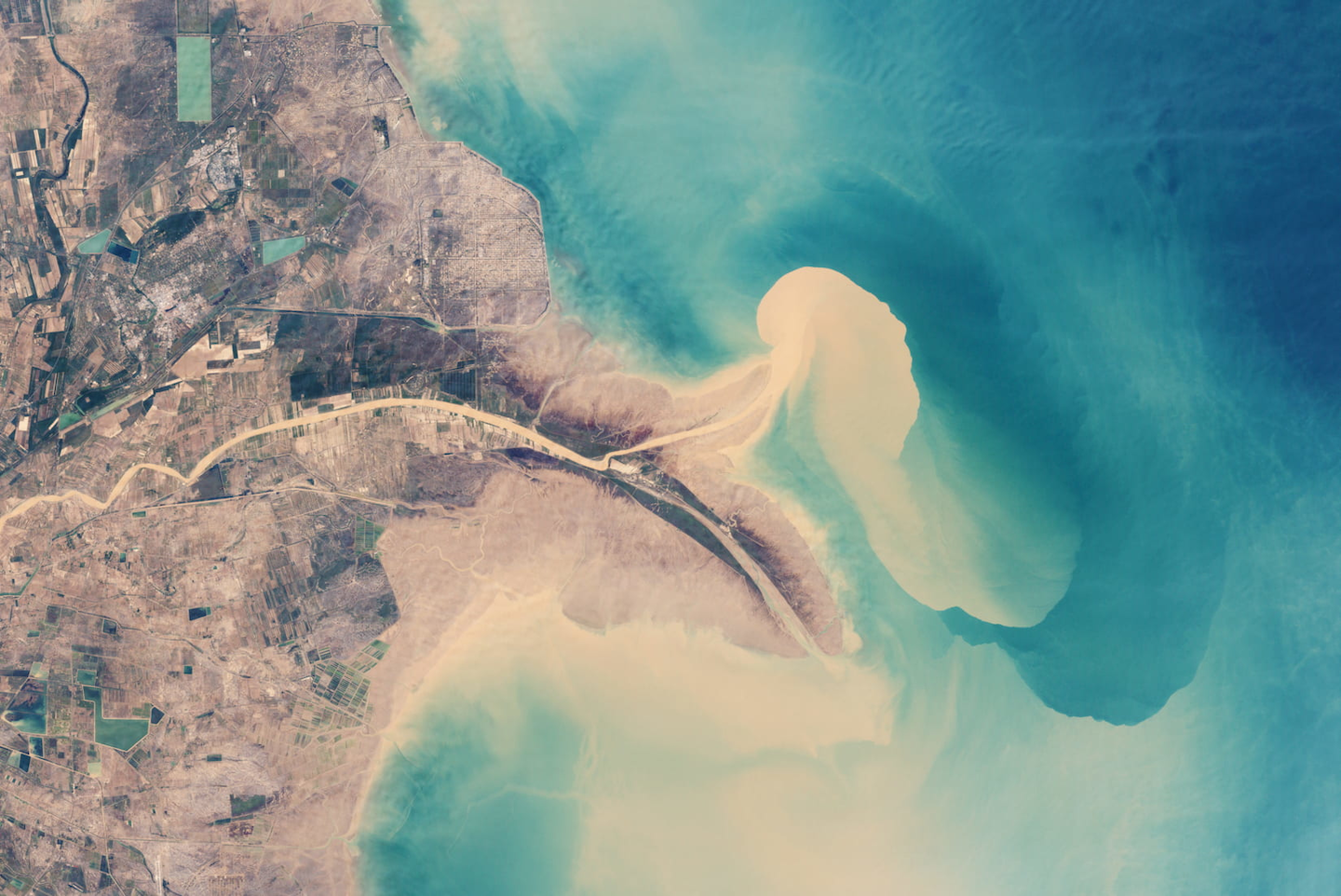 About a billion tons of sediment flow to the delta of China’s Yellow River each year. The river was closely studied by Rice University scientists and their colleagues.Wikipedia Commons

According to Ma, previous algorithms applied either to large sand particles or to fine silt particles, but didn't account for what was assumed to be a gradual transition from one method of transport to the other. It turns out, however, there is no continuous transition—at a certain point, the particles suddenly change to another transport method.

The new, universal transport algorithm was built by Ma after examining nearly 2,000 sets of sediment transport data from several decades of published research, as well as observations his own team made, particularly through a National Science Foundation-backed study of China's Yellow River (also known as the Huanghe River). The new algorithm allows researchers to predict where and how much sand and silt will move.

The Yellow river sends approximately a billion tons of sediment downstream towards the ocean each year. The Rice lab has already used its new algorithm to predict changes in the Yellow RIver delta, the results of which appear in a recent paper led by graduate student Andrew Moodie, also a co-author of the new study.

Understanding how sediment is transported in water in order to better predict sedimentation patterns downstream could help to protect coastlines from erosion, maintain healthy coastal wetlands, and combat sedimentation and erosion.

More information on the research can be found here.