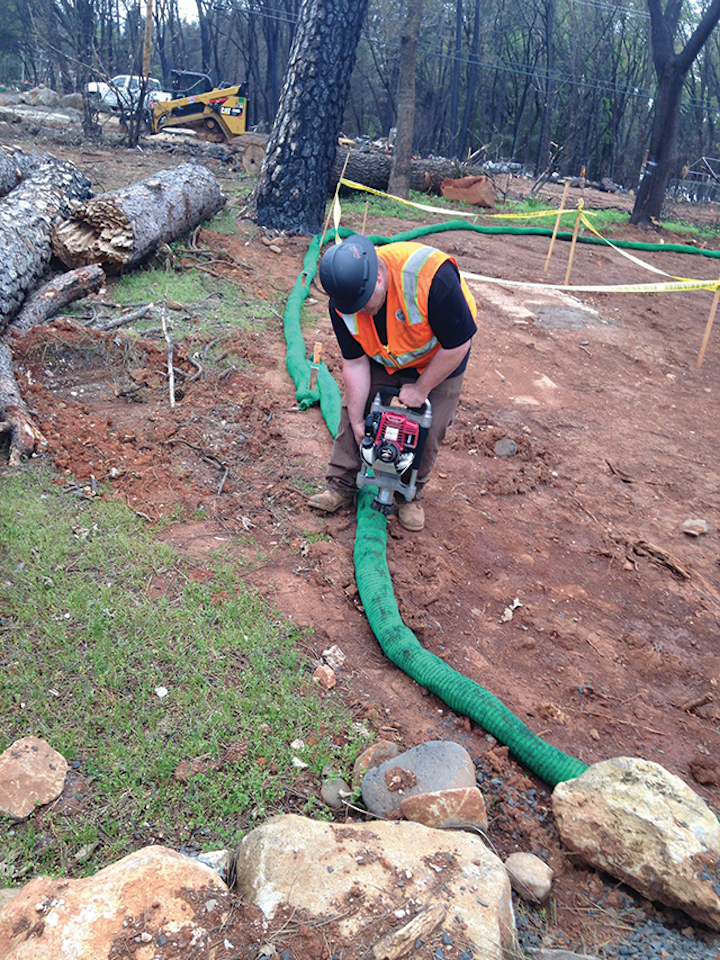 For Matthew Kearns, erosion control was always a family business. His father started an erosion control business in the late 1980s with a focus on lawns, sports fields and golf courses. Kearns and his younger brother Chad helped their dad out with the business. When he graduated from high school, he joined the military and his brother continued working for his dad. After returning home from his military service in 2016, he and Chad were ready to start their own business.

“We knew we wanted to start some sort of business together,” says Kearns. “We already had all the equipment from my dad, so we decided to go into erosion control on the construction side. That’s how Grassroots Erosion Control Inc. started.”

When he and his brother started Grassroots, they were heavily involved in CalTrans projects, but they have recently found a niche within the fire remediation industry due to the abundance of fires happening in the areas around Paradise, CA.

In October of 2017, Northern California saw a series of 250 wildfires, covering 245,000 acres and destroying nearly 9,000 buildings total. A debris removal company contacted Grassroots for help with some post-fire remediation. At this point, the business was just Matt and Chad, but they were able to provide erosion control for 170 lots in Northern California. Grassroots was exclusively hydromulching at the time. 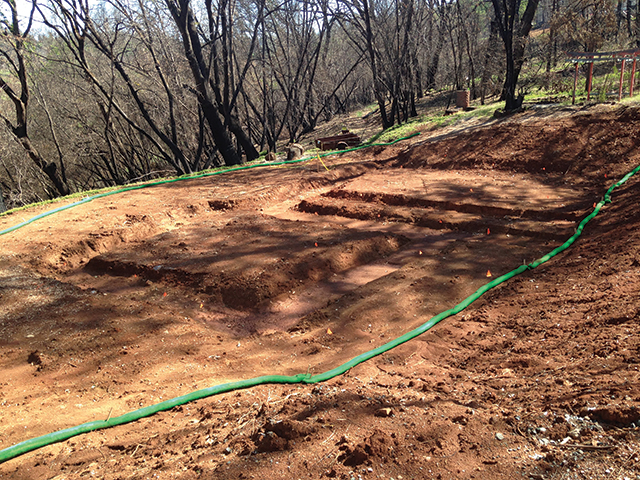 In July of 2018, another debris removal company contacted Grassroots for post-fire remediation help on the Carr Fire, which burned in Whiskeytown-Shasta-Trinity National Recreation Area. This time, Grassroots was able to provide erosion control using hydromulch and straw wattles on 800 lots.

When the Camp Fire hit nearby Paradise, CA, in November of 2018, Kearns knew they were going to need additional help for the workload that this fire would need.

“We knew we were going to have to hire a crew for Camp Fire,” he says. “We needed more bodies. What we really wanted to do was hire locally and give back to the community. We knew people had lost jobs, had lost their homes, and were in desperate need of work. We used Workforce Connection, a local workforce company focused on development, training, and hiring, in order to be paired with people in the community who lost their homes and needed work. It was an excellent opportunity to be connected directly with community members looking to get back on their feet and working again.” 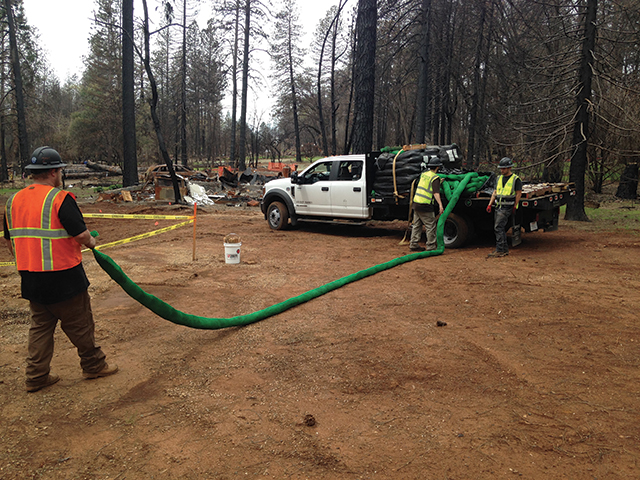 SiltSoxx being installed by Grassroots in Paradise, CA

After the debris removal was complete, the Grassroots team was called in to help with two major issues.

“There is so much exposed dirt after a fire,” says Kearns. “The two major issues are erosion control and the amount of dust in the air due to high winds. The hydromulch helps to keep the dust at a minimum but trenching creates additional dust. We found out on previous fires that straw wattles are incredibly time consuming, what with having to trench, and we had so many lots to do.”

At the Camp Fire, Kearns and his team were introduced to 5-inch Filtrexx SiltSoxx as an alternative to straw wattle for the post-fire perimeter control.

“Initially, we thought of compost filter sock as gigantic and cumbersome,” says Kearns. “It was our first time using this product. We were concerned about the weight of the sock. We were introduced to Filtrexx sales representative Bryan Hofmann and he addressed our concerns by showing us the 5-inch SiltSoxx. This was going to increase our productivity in a big way.”

Grassroots had previously only worked with straw wattles on their post-fire remediation sites. In side-by-side ASTM performance testing, SiltSoxx outperformed straw wattles and reduced sediment loss by an average of 3.7 tons per acre compared to straw wattle.

Kearns also appreciates how easy the SiltSoxx are to install. “They don’t need to be trenched,” he says. “Here in California, the weather is so hot, we work eight to 10-hour days trenching volcanic rock—it’s too much. We’ve already had a couple of guys have health issues this summer due to heat. Eliminating the need to trench is huge.”

For Kearns and his crew, a typical work day includes a two-step process of perimeter control and hydromulching. The team generally does not do maintenance on their erosion control sites after a BMP has been installed—Grassroots is strictly an installation company.

“Typically, we use the SiltSoxx for perimeter control,” says Kearns. “If we’re working on a homeowner’s lot, we install the SiltSoxx around the perimeter, no trenching required—just stake it and go—to keep sediment from leaving the lot. Then we hydromulch with the goal of keeping dust at bay, stopping the land from eroding, and promoting growth of vegetation. Now, I can have a two-man crew do 20 to 30 perimeter control jobs a day compared to the 10 lots we were doing with straw wattles.”

He also liked the environmental benefits of using SiltSoxx. “It actually filters out contaminants,” says Kearns. “The water doesn’t just pool up or run through it—it filters the water and protects our streams. Fires normally hit in October and November, our windiest season and right before rain season. Our immediate problem after debris is removed from these residential and commercial lots is that rain comes down and washes all of this sediment into waterways. SiltSoxx filters the sediment and protects waterways and wildlife.”

Wildfires continue to devastate cities and communities around California and across the country. Grassroots believes that minimizing erosion and sedimentation is going to become even more important as we move into the future.

“It’s going to continue to grow with the increase in fires,” he says. “Erosion control will always be a problem. Grassroots focuses on the construction side—opening up land, moving earth, exposing dirt to the elements—you need to stop contaminants from entering streams and hurting the environment. Erosion control is going to be around for a long time.”

What’s next for Grassroots? “Our next focus after the Camp Fire will be heavy with CalTrans projects,” says Kearns. “We’ll be at the Camp Fire site through this winter. If it rains a lot, we’ll be there. We still have a lot of residential areas and about 30 to 40 lots that need to be soil tested that we want to complete. 2019 has thankfully been smaller with fires, but we have a couple of new contracts in Paradise for fire remediation and we will continue to stay very active in the fire remediation industry.”