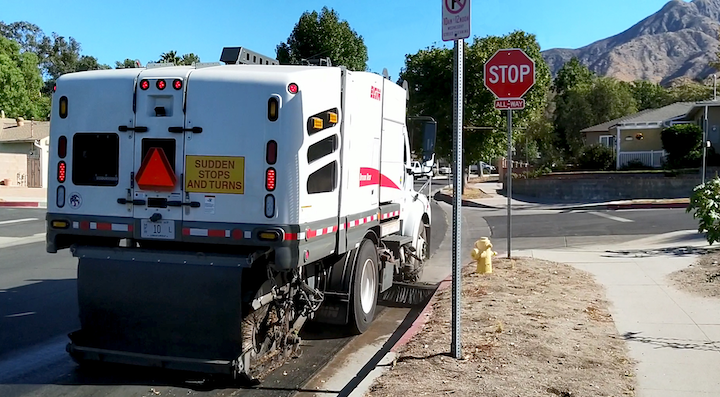 “Street sweepers have always been essential tools for improving water and air quality, and Elgin Sweeper has been committed to working with cities and municipalities across North America to make a positive impact on public health and the environment, while also offering competitive value to taxpayers,” said Mike Higgins, Vice President and General Manager of Elgin Sweeper. “We are pleased to team up with forward-thinking municipalities to help them accomplish their mission of sustainability by advancing the type of innovative sweeping technology found in the hybrid Broom Bear sweeper.”

Tough on Debris, Easy on the Environment
A high-capacity battery powers the hybrid Broom Bear sweeper. The battery can be charged while driving or when plugged into an electrical outlet.

The hybrid version of the Broom Bear's sweeper performance, speeds, capacity, and ability to work all day remains unchanged from the standard Broom Bear. Both are designed to tackle everything from heavy-duty construction debris, such as millings or gravel, to light street maintenance. 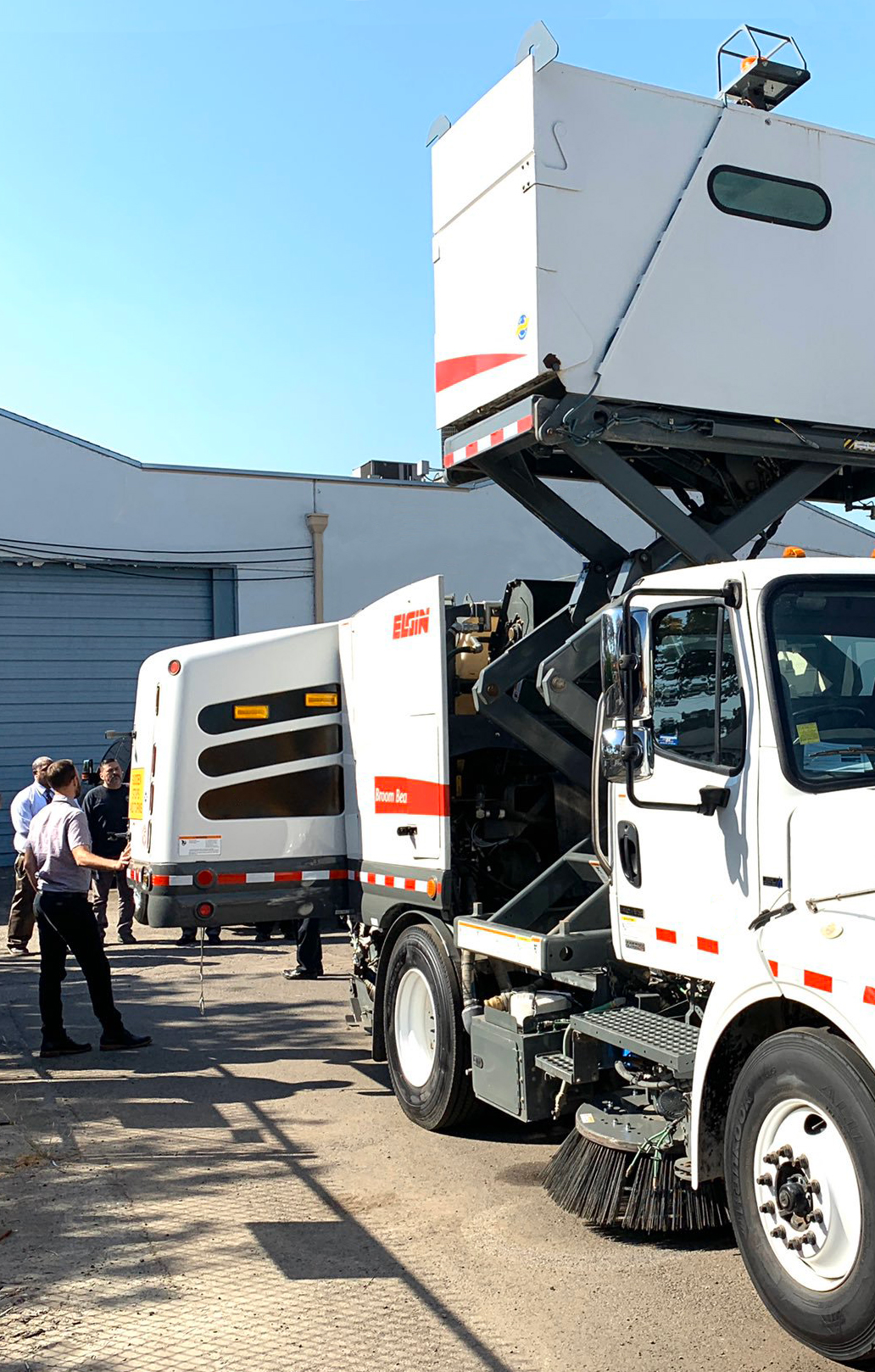 From Concept to Reality
“We could not have developed the hybrid Broom Bear sweeper without Elgin Sweeper’s innovation process that has sparked the launch of several new sweepers in recent years,” said Ron Schmidt, Chief Technology Officer for Elgin Sweeper. “The hybrid Broom Bear sweeper required a significant investment in research and development, including into customer needs assessment through product testing and validation.”

Schmidt added that the objective of the hybrid Broom Bear development is to assist cities with their sustainability initiatives. “Elgin Sweeper’s team especially recognizes the City of Los Angeles and its team of street maintenance and fleet maintenance professionals for their insight and feedback, and for access to the city’s streets and personnel during the product concept and development process,” he said.