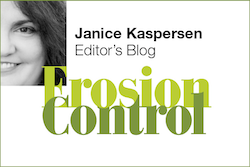 They say optimism is seeing the glass half full. They also say one definition of insanity is doing the same thing over and over and expecting a different result. You can decide for yourself whether 35 of the country’s environmental groups are optimistic or crazy, but they’re trying something that has been tried before, and doing it under less-favorable conditions than ever.

The groups have filed a petition with EPA to strengthen regulations on CAFOs, or concentrated animal feeding operations. Specifically, they do not want CAFOs to be exempt from Clean Water Act regulations, as many other agricultural operations now are, and they want CAFOs to be treated as point pollution sources.

It’s been well established that these operations, in which large numbers of poultry or other livestock are housed together, produce pollutants that are detrimental to surface waters. The most obvious are nutrients such as nitrogen and phosphorus from the manure, which can lead to algae blooms and eutrophication of water bodies, but other pollutants of concern include pathogens, antibiotics and hormones that are fed to the animals, pesticides, salts, and even traces of arsenic. CAFOs also produce large amounts of greenhouse gases such as carbon dioxide and methane. Over the last few decades CAFOs have been increasing in number and size, and much of the meat consumed in the US is now produced in these facilities.

CAFOs in some places have already been subject to somewhat greater regulation than most other agricultural operations, but the new petition demands that they all must either demonstrate they release no discharges or else obtain permits under the National Pollutant Discharge Elimination System (NPDES), as construction sites, urban areas, and other entities do. The petition also calls for all CAFOs to perform water-quality monitoring and says no discharges should be considered as nonpoint-source pollution. “The CWA prohibits the ‘discharge of a pollutant’ by any person from any point source, unless in compliance with a NPDES permit,” the petition says. “Nonetheless . . . EPA’s CAFO regulations have failed for decades to reliably bring discharging CAFOs into the NPDES permitting program . . . EPA must establish a presumption that certain operations actually discharge, as opposed to having the potential to discharge or proposing to discharge.”

One of the groups’ arguments is that, by failing to put stronger laws in place at the federal level, EPA has allowed inconsistent and weak state laws to govern the CAFOs’ operation. Yet the new EPA administrator, Scott Pruitt, has long advocated returning authority for many environmental matters to the states. As the attorney general of Oklahoma, he sued EPA several times for what he saw as federal overreach.

The executive director of Food and Water Watch, one of the groups that filed the petition, said, “Pruitt’s record as Oklahoma attorney general shows that he’s only looking out for industry interests, including the interests of polluting factory farms. But the EPA is legally bound to protect communities from pollution, and we intend to hold the agency accountable for doing its job.”

The agricultural industry has responded. The environmental counsel for the National Cattlemen’s Beef Association, for example, pointed out that previous legal challenges to the way EPA regulates CAFOs have failed. “It’s frivolous and they are now grasping at straws simply because they do not like the new [EPA] administrator. Instead of trying to force more regulation, these groups would be better off spending their time and resources working collaboratively with farmers and ranchers who work diligently to care for our natural resources.”

This article summarizes the petition and presents some of the reactions. You can see the full petition here.