Putting the Brakes on Silt – Part 5 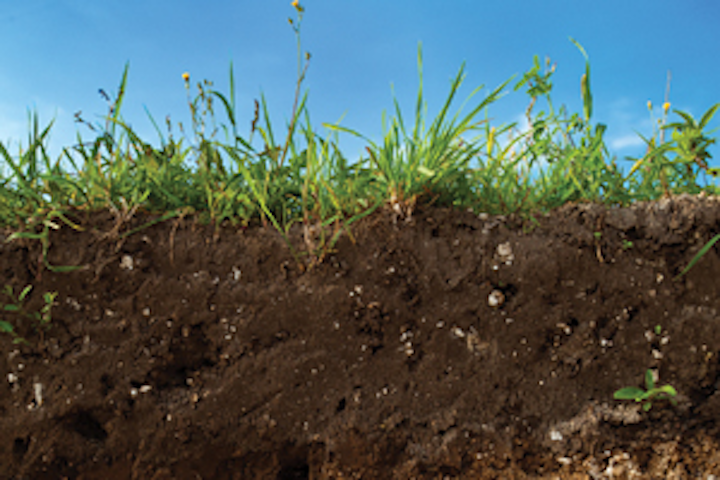 One of the company’s current jobs is providing perimeter control for a large bypass construction job on State Highway 23 in Paynesville, MN. The job began in spring 2010 and is expected to be a three-year project requiring about 25,000 linear feet of silt fence. The job site encompasses a spawning creek and some wetlands.

“It’s solidly built,” he says. “I like that it has a good turning radius. I like the fact that it’s simple. There‘s not a wheel on the back to bend and break. It slices into the ground a full foot, or deeper if you want it. Usually if you can get it in a foot, it stays in. It seems like once you slice it in and back pack it, you’re not getting it out. I don’t have the undermining issue.

“We put a lot of silt fence in every year and we need our plows to perform day in and day out with as little as maintenance and down time as possible,” he says.

Neaton says the number one failure he sees in silt fence is when it fills up during a heavy rain event. “There might a pooling area at the bottom of the hill, a concentrated water area. Water flows over the fence, comes out the back side, and starts to undermine the soil behind the fence. If it moves or it’s not packed in or is not deep enough, it will wash it out underneath.”

That was one of the factors that sold Neaton on the Burchland installer. “It cuts in nice and deep, and we have virtually zero problems with undermining,” he says.

Neaton often uses other sediment and erosion control methods in conjunction with silt fence, including blankets and sediment ponds. “With any project, it’s hard to sit down and draw it out on paper and think what you come up with is going to work 100%,” Neaton says. “In some spots, it’s perfectly fine by itself. And in other spots, it’s not.”

Neaton believes silt fence should be used as “the last effort, the last barrier.

“If you’ve got a waterway and you’ve got a ditch line that’s discharging into a wetland and you want to put that line of silt fence right before that wetland, that’s fine and dandy,” he adds. “But if you don’t do something ahead of that in that waterway to keep sediment and soils in place, the silt fence is going to be overworked.”

Thus a contractor ends up spending a lot of time and money maintaining the fence, Neaton says.

On an active construction site where erosion control measures are already in place, maintenance is usually less of an issue, Neaton points out.

Every project is different, he notes. “If we’re near a wetland, we may dig a sediment pond, give it an area to settle out, and then after a rain event when everything is settled, pump that pond dry so there is a storage area again. You’ve got to go in and find the best way of dealing with it, and you still have to be cost-effective. Nobody has a bottomless checkbook.”

Neaton finds that the cost per square foot of silt fence has come down quite a bit.

“As far as what you’re getting, I don’t think there’s another product out there that would match it,” he says. “It is simple. It’s relatively old technology, but it goes back to ‘why fix it if it’s working,’ and until there’s a better product that can compete in the marketplace, I see it working well.”

The company also uses bags made of geosynthetic material and filled with wood mulch. “They’re usually used along curb lines at housing developments,” Neaton says. “One advantage is if you’ve got a cement truck that’s got to get in the yard, instead of backing over the silt fence or removing all of the posts and taking all of the silt fence out and having to reinstall all of that, you can grab these, get them out of the way, back the truck in, get the truck back out and slide them back over.”

Because they are only 8 inches high, they can only be used in selected areas, he points out. “If it’s a fairly flat lot and there’s not a lot of water running toward it, it works fine,” he says. “But you can’t put them downgrade of a 400-foot waterway and expect them to do anything. You’re asking for too much.”

Keith Kirby, president of Curbco in Swartz Creek, MI, describes his company as being akin to a municipal public works department that provides a variety of solutions for problems pertaining to roads, parking lots, and developed and undeveloped sites. In addition to erosion control, Curbco has four other divisions that provide services in snow and ice removal, pavement/construction, parking lot and street sweeping, and landscaping and horticulture services.

For its sediment and erosion control services, Curbo uses SiltShield, which it has been testing for more than a year, among other approaches.

“We’ve observed how it’s been performing at a number of sites compared to traditional silt fence,” he says. “We’ve used it on smaller sites.

“When I was first exposed to it, there were a number of things about the product that really appealed to me,” Kirby adds. “I’ve told everyone from day one that prices will dictate what product will go in on a job unless you have a unique situation. I feel SiltShield is a product that works for unique situation and gives us as a contractor another tool in the toolbox.”

The soil erosion division of Curbco has been responding to an array of challenges in Michigan over the last several years. Demand has decreased as development has significantly decreased.

But even more challenging for Kirby’s company is the lack of consistency in the enforcement of environmental laws. Michigan is not only the Great Lakes state but also encompasses many other water bodies that require environmental protection.

“Whether in Michigan or different parts of the United States, there are certain areas that are really rigid on it,” says Kirby. “There are other areas that are minimally rigid, and you have some that just turn their heads, especially because the economy has gotten tougher.”

He has seen one community where just three years ago, inspectors were referred to as the “soil erosion police.” These days, all a company needs to do is meet its original installation requirements to get a permit in place, he adds.

Silt fence was viewed as a “nightmare” by some developers, Kirby says. In some communities with stricter enforcement, the company would install thousands of feet of silt fence.

“In one community where we worked, a lot of development took place. Any inspector that you called out from that community—plumbing, electrical, building—the first thing they would do is they would analyze your soil erosion on the site from your silt fence to your silt sacks,” he says.

“If any part of your soil erosion was out of place or not up to specification, they would leave and not give you the inspection for that particular site. You would be charged a reinspection fee. When homes were still selling well five years ago in this community and there was a waiting list, the developer, for two years in a row, had us visit that site one day a week through the prime building season.”

Many of the site’s entrances were required to have silt fence installed, only to have it knocked over by delivery and other trucks.

“I cannot tell you how many thousands of feet of traditional silt fence we put in on five popular intersections of this subdivision when it was going through its high-production development stage. At that time, if we’d had SiltShield available, even though there is a greater cost upfront, in the end, it would have been a great savings.”

Now that he has SiltShield available as an option, Kirby uses it in conditions where a site has a lot of activity and may be rather tight with not a lot of storage area. To allow vehicles to access the site, the stakes can be removed, the material laid down in place, and then easily put back.

“You can’t let an excavator or dozer just wear it out day in and day out, but as far as moving in masonry material or lumber, you lower it down, protect the material with plywood or whatever you may have, run a machine across it and pick it back up, put a few stakes up and get ready to go.”

In contrast, pulling out a traditional silt fence is labor intensive, Kirby says.

“You’re pulling the tail out of the ground and it has to be retrenched or plowed back in a second time and backfilled,” he says. “You’re also breaking half of the stakes you’re taking out, so you have to put new stakes up. With SiltShield, you pull out a couple stakes, lay it down, protect it, pick it back up. It’s very appealing in those applications.”

When it comes to having to filter water as part of sediment control on jobs, Jay Watson, president of Twin Oaks Environmental in Opelika, AL, and an International Erosion Control Association member, likes to use Silt-Saver’s Belted Silt Retention Fence (BSRF).

In 2007, when his company was still located in Florida, Watson first used BSRF on a highway job in Apopka. “The job had some huge banks that they had to fill, and the Florida sand was coming through there so fast,” Watson says. “They needed to filter the water to get it out of there but not let the sand go through.”

Watson’s company served as a subcontractor on the job. He chose to use BSRF because the fence fabric has a woven center that seemed up to the task.

“The job site was a high-flow area that had the possibility of a lot of water coming through, and we needed the ability to filter it and not have the silt fence topple over,” Watson says. “It filters so much water when it comes through and has good purity when it comes out, compared to regular silt fence.” The product performed “above and beyond what was expected,” Watson notes.

As with some other newer products, though, the cost is higher than for traditional silt fence. He notes, “The material runs close to $1 a foot and they could put in regular silt fence for 55 cents a foot. They wondered why they should spend that much money.”

Watson points out that despite a higher upfront outlay, the return on investment comes in the long run. “It’s durable. You don’t have to replace it—it lasts so long, it’s unbelievable. You’re only going to do it once,” he says.

Watson also likes that he can buy it pre-assembled.

“Most people do that and trench it in,” he says. “I’ve always used the tommy Silt Fence Machine. At that job, we were able to put it in with the tommy machine, which did not disturb the ground underneath. We put the post in and were able to staple it up, so it was a much better job. I went with it because I could use the tommy.”

Now that he’s moved his company to Alabama, Watson is finding it challenging again to get the BSRF approved for use.

“They use wire silt fence here,” he says. “With the cost of steel and wire rising and the amount that it puts into a landfill, I think the BSRF is a superior product.”