Dr. Jian Zhou of Manchester Metropolitan University on predicting the effects of wind on wave overtopping 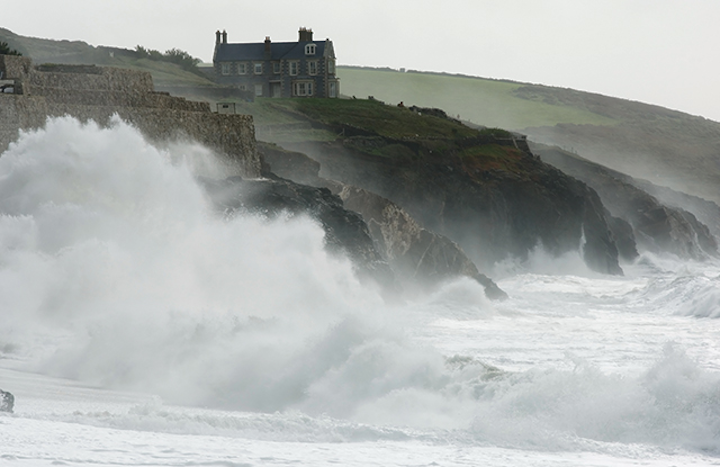 Living on the beach is beautiful, but there are risks to building communities and other infrastructure near the shoreline, including flooding and erosion, and especially during storms. As sea levels continue to rise, the problem will only get worse. Understanding how infrastructure designed to protect the coastline will hold up under various conditions is vital. To that end, researchers and coastal engineers from Manchester Metropolitan University in England have developed a tool to help understand how strong winds amplify the waves that crash against the shoreline and coastal defenses like seawalls. The tool is called “Quantitative Assessment Tool for Wind Effect on Wave Overtopping Seawalls,” or QatWeWos.

Lead researcher, Dr. Jian Zhou of Manchester Metropolitan University in the United Kingdom, spoke with Erosion Control about the project and its applications. 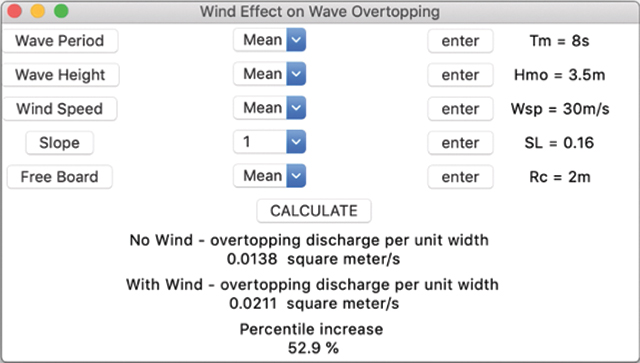 By inputting certain data, engineers can use the QatWeWos tool to help predict the effects of wave overtopping.Torbay Council, UK

Erosion Control: What prompted you to pursue this project?
Dr. Jian Zhou: Damage and erosion to infrastructure, such as transportation and property, caused by coastal flooding due to wind-exacerbated wave overtopping has attracted extensive worldwide attention. With the anticipated climate changes, winds, storms, and hurricanes such as Hurricane Florence and Hurricane Dorian are expected to become stronger and more frequent. Rising sea levels, in years to come, will pose an increasing threat to the safety and survival of coastal infrastructure. The industry lacks the necessary tools to assess and quantify wind effects on wave overtopping, and this leaves the UK’s infrastructure designs ill-prepared to meet the challenge of climate change. For this reason, we were contacted by UK governmental organizations (such as the Environment Agency) and leading engineering consultants (including Royal HaskongingDHV) for prediction tools. These reasons motivate us to study the effect of wind on wave overtopping.

EC: What is wave overtopping? Why is it such a hazard?
JZ: Wave overtopping takes place when waves meet a structure (or submerged reef). This is the main cause of coastal flooding in the UK, as most vulnerable coastlines have been protected by seawalls that are higher than the sea level but not sufficient to prevent wave overtopping. Coastal flooding from wave overtopping causes damage to infrastructure such as pavement and properties and may even result in the seawall collapsing due to piping failure (loss of foundation by excessive seepage of overtopped water behind the defense).

When an upwards splash, generated when water hits the face of a seawall and intensified by a strong wind, is blown over a sea defense, it significantly increases the overtopping water volume and causes more serious damage to coastal structures. This is often called wind-blown overtopping.

EC: The goal of this project was to develop an assessment tool to quantify wind effects on overtopping. How did you go about creating that tool?
JZ: We used an advanced computational fluid model to study the wind effect on wave overtopping systematically for scenarios typical of sea defenses, wave climate, and water level in a chosen coastline vulnerable to wave overtopping in the UK. For an efficient assessment in engineering, we have established an assessment tool consisting of a database and a graphical user interface (GUI) for easy access. 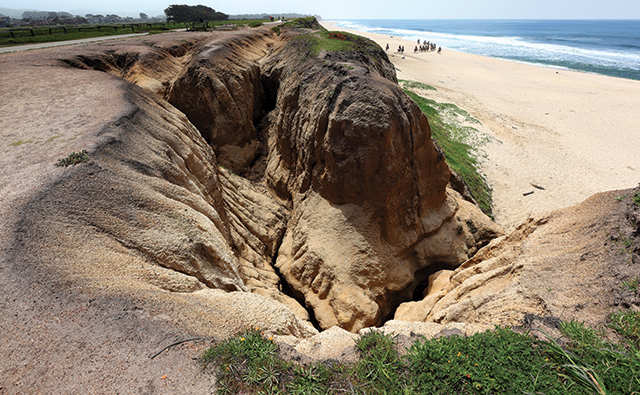 EC: What kind of information will an engineer get out of the tool and what kind of information would they need to put into the tool?
JZ: For the quickest answer to predicting overtopping discharge, where similar scenarios occur for both with and without wind, the basic parameters such as wave height, period, wind speed, slope, and freeboard can be input into the GUI. Otherwise, the simulator will be needed for simulating wind effect on wave overtopping.

EC: How could this tool help those working to limit erosion, protect coastal communities, or prevent flooding?
JZ: The tool enables coastal engineers to better plan and optimize the design of coastal infrastructure for a more economical method to prevent erosion damage caused by coastal flooding and to protect coastal communities from hazards related to coastal flooding. The methodology can also be adapted to other marine engineering such as wave overtopping at ship edges in ship engineering.

During the QatWeWos project, we realized the importance of working with engineering practitioners to gain a better understanding of the concerns and knowledge gaps in engineering and of the limitations of mathematical descriptions of physical processes and numerical technology. For these reasons, we will continue our collaboration with the industry to make this tool available to practitioners and improve the tool for real-world applications. We are in discussion with our industry partner, Royal HaskoningDHV, an international engineering consultant, for further model validation tests and provisions for training, etc.

EC: What did you find particularly exciting about this project?
JZ: We are very excited to study this effect systematically and generate an assessment tool. It has the potential of becoming a standard design tool. Before the study, we had never realized that wind can cause an increase in wave overtopping by 53% with a wind speed of about 30 meters per second and waves reaching heights of 3.5 meters. With climate change, wave-overtopping is a serious threat for an island-like nation [like the UK] that must prepare for worsening coastal flooding.

EC: What was the biggest challenge you encountered during the course of this project?
JZ: A significant challenge faced during this project was the lack of reliable experimental data for wind speeds higher than five meters per second, subsequently hampering model validation or calibration. We are seeking further funding for a laboratory to facilitate the means of producing reliable and strong wind conditions to achieve the validation or calibration of higher wind speed.

EC: Is there anything else you'd like to add about the tool or the project?
JZ: This tool still needs improvement and perfection. We are looking to extend the research and its validation with an experimental investigation. This experiment will be equipped with the capability of producing high wind, with speeds up to 80 meters per second, in a controlled area in a laboratory for validation of the tool for extreme wind conditions. As storms become more frequent with stronger winds it will be a requirement for engineers to account for this effect in the future. After it is validated, we will extend the database for all coasts vulnerable to wave overtopping in the UK and make it available to the public.

Editor's Note: An earlier version of this story incorrectly affiliated Dr. Zhou with the University of Manchester. Dr. Zhou is a reader at Manchester Metropolitan University.