Controlling erosion in Mexico and Panama with permanent vegetation 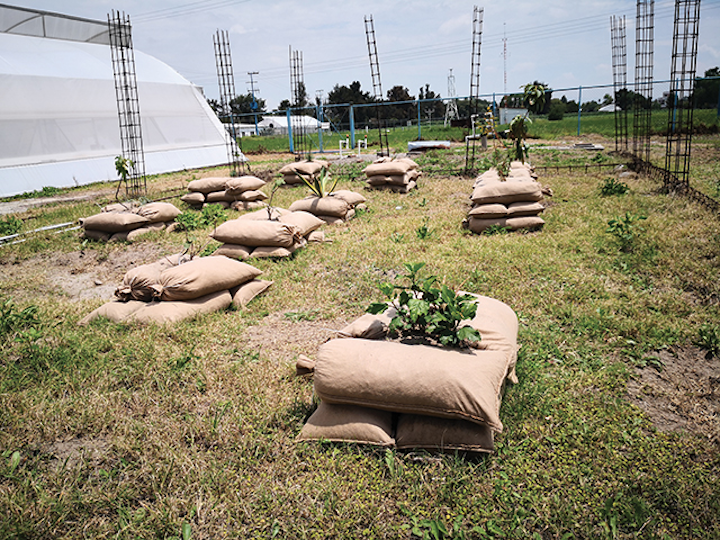 For decades, climate change has sparked debate but in recent years, the conversation has shifted from one of denial to one of action. One strategy that holds promise for slowing down or reversing the effects of climate change is something that Mother Nature has known about for millennia: trees.

Through photosynthesis, trees convert carbon dioxide and water into oxygen. In its 2001 assessment, the United Nations Intergovernmental Panel on Climate Change (IPPC) estimated that biological climate change mitigation options, such as tree planting, have the potential to sequester 100 gigatons of carbon (cumulative) by 2050. That’s equivalent to about 10 to 20% of the projected fossil fuel emissions during that same period. In essence, trees are carbon-dioxide sucking machines. 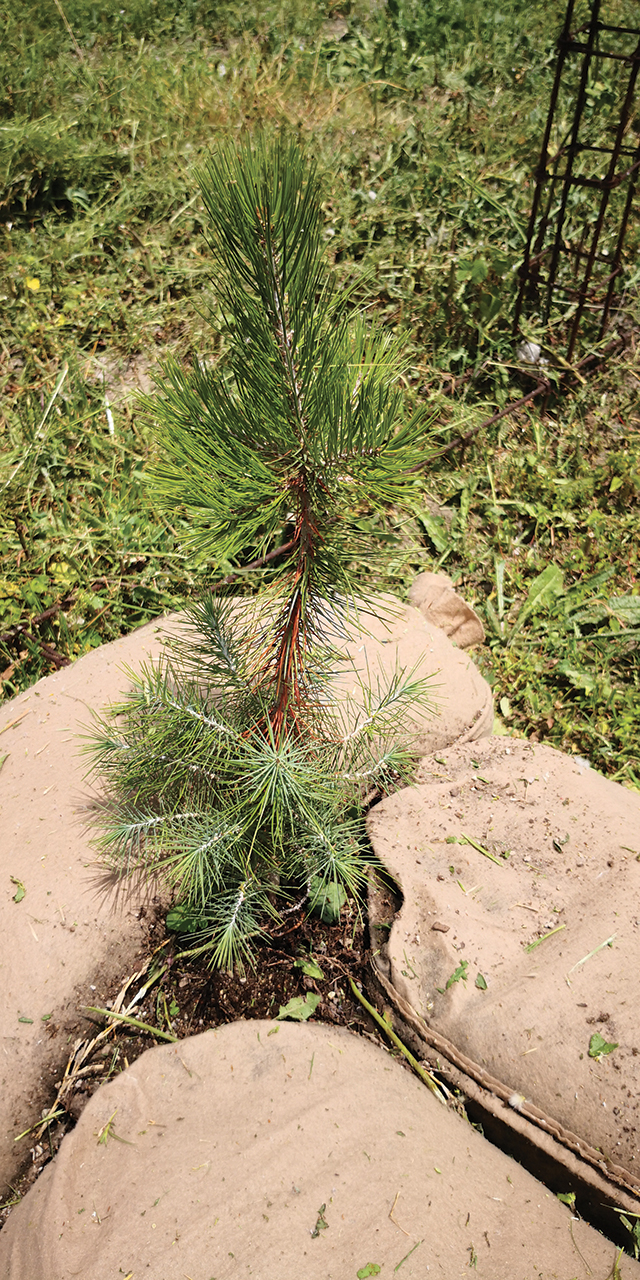 EnvirolokWest“Planting of billions of trees across the world is by far the biggest and cheapest way to tackle climate change,” says Professor Tom Crowther at the Swiss university ETH Zurich. In fact, he points out, research shows “forest restoration isn’t just one of our climate change solutions, it is the overwhelming top one.”

Particularly impressive to Crowther is the scale. “I thought restoration would be in the top 10, but it is overwhelmingly more powerful than all of the other climate solutions proposed,” he says.

Reforestation protects topsoil from degradation from the sun’s heat, rain, and wind. The trees act as an umbrella, reducing erosion and thereby increasing soil fertility and moisture. By reducing the runoff, tree cover enhances soil infiltration and prevents silting of rivers, lakes, and reservoirs.

“Trees not only help mitigate climate change by absorbing the carbon dioxide in the air, they also have huge benefits in combating desertification and land degradation, particularly in arid countries,” explains Dr. Dan Ridley-Ellis, the head of the center for wood science and technology at Edinburgh Napier University. “They also provide food, shelter, fuel, fodder, medicine, materials and protection of water supply,” he adds.

Trees Around the World
Over the last decade, dozens of countries, including Australia, Canada, China, Great Britain, Israel, New Zealand, South America, United States, Italy, and more, have planted millions of trees in the fight against climate change.

In July 2019, Ethiopia surpassed both of those records: 1.5 million volunteers planted an astounding 353 million trees. Ethiopia is one of 20 African nations that have pledged to restore almost 400,000 square miles of forest on the African continent.

Mexico has big plans for tree planting as well, aiming to reforest one million hectares of land over the next three years as part of the “Sembrando Vida” (Sowing Life) program. It is intended, among other climate-change mitigating objectives, to help local farmers by reducing runoff and thus saving fertile topsoil needed for the growing of crops.

Most of the tree plantings will take place in the mountains where illegal logging practices, land clearing efforts, forest fires, and severe weather have contributed to deforestation and erosion.

Several national agencies are collaborating on the Sowing Life program, including the National Forestry Commission (CONAFOR), the Secretary of Environment and Natural Resources (SEMARNAT), the Communication Secretary (SCT), the System of National Civil Protection (SINAPROC), and the Secretaries of Environment for each of Mexico’s eight participating states.

The geosynthetic bag system provides the structural strength and soil that tree roots need for health and vigor. The bags are filled with a mixture of sand (usually available at the site), topsoil, and a small amount of organic fertilizer. In arid areas where water is not readily available, the bag mix will also contain hydrogel polymers that make better use of irrigation water and fertilizer.

As the root system grows and penetrates the soil (or hardpan) below the bags, it will establish a permanent structural root support for the growth of the trees. Once the trees are planted into the Envirolok system, exposed bags will be hydroseeded with a mixture of native grasses.

EnvirolokWest, the exclusive distributor of Envirolok in Mexico and Panama, has been collaborating with planners of Mexico’s Sowing Life tree-planting program. The College of Postgraduates in Mexico City (Colegio de Postgraduados) is conducting a study on the ability of Envirolok bags to create a sturdy base of soil for planting trees in the mountains were no topsoil exists. The plants being studied include pine, fig, agave, plum, and more. Professor Aquiles Carballo and Forester Claudio Carballo are assisting in this study.

There are millions of hectares in Mexico that have all but lost their topsoil, which only exacerbates erosion. The expectation is that the Envirolok bags will provide a sturdy base to allow the trees to grow without the fear of being washed away during heavy downpours. While the test study is only in its early stages, results look promising.

“With regard to stormwater management and erosion control, Mexico has different areas with different conditions in the mountainous regions that cause severe damage to the lower lands, especially farming areas,” says Professor Enrique Serrano Galvez of Universidad Autonoma Chapigo. “In the higher areas, where the forests have been degraded, there are landslides and major runoffs, which wipes away the precious soil,” he adds.

Dr. Serrano believes Envirolok can be used to establish small dams along the crevasses created by the runoff, which will help mitigate erosion.

Like Mexico, Panama also recognizes the damaging erosion that deforestation causes. Here, a massive boom in hydroelectric power generation has seen the addition of several new hydro facilities to the country’s existing 31 plants, with dozens more being proposed. The resulting construction, combined with a massive expansion of the Pan-American Highway that will traverse the country’s tropical regions, has resulted in an extensive loss of vegetation and the associated erosion control it provided.

Preventing erosion was not a major consideration in the rush to complete these projects, and it has had a devastating impact on farms downstream. Runoff, no longer slowed by vegetation, has washed away the precious topsoil the farmers desperately need to grow theirs crops.

Other serious consequences of reduced erosion control, according to the Panamanian government, include:

To mitigate these challenges, Eduardo Dominguez, MSc., who collaborates with the Agricultural Ministry of Panama, is working with Envirolokwest on permanent vegetative solutions using Envirolok’s system both in the hydroelectric dam sites and in the vicinity of the Pan-American Highway extension.