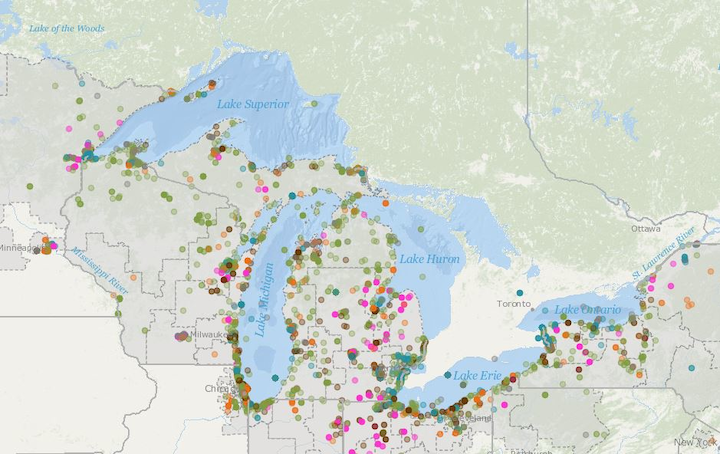 DETROIT (October 22, 2019) — The US Environmental Protection Agency (EPA) has announced a new five-year plan to accelerate restoration of the Great Lakes. Administrator Andrew Wheeler and Region 5 Administrator and Great Lakes National Program Manager Cathy Stepp unveiled an updated action plan under the Great Lakes Restoration Initiative (GLRI). The GLRI Action Plan III will guide the actions of federal agencies and their partners over the next five years to protect and restore the Great Lakes. The agency also announced $11 million in funding for grants to support GLRI projects in Michigan.

The GLRI was launched in 2010 as a non-regulatory program to accelerate efforts to protect and restore the largest system of fresh surface water in the world and to provide additional resources to make progress toward the most critical long-term goals for this important ecosystem.

“The Trump Administration is taking action to improve water quality while boosting local economies across the country,” said EPA Administrator Andrew Wheeler. “More than $2.4 billion from the GLRI has funded over 4,000 restoration projects. The GLRI Action Plan III and the grant funding we are announcing today will continue to accelerate this great work to the benefit of millions of Americans living in and visiting the region.”

“The Great Lakes are a regional, national and international treasure,” said Regional Administrator and Great Lakes National Program Manager Cathy Stepp. “It will take ambitious, dedicated and collaborative efforts by federal, state, tribal, local, and non-governmental partners to ensure that our magnificent Great Lakes not only endure—but thrive.”

The GLRI has been a catalyst for federal agency coordination. Under GLRI’s former Action Plans I and II, GLRI accomplished the formal delisting of the Presque Isle Bay (PA), Deer Lake (MI), and White Lake (MI) Areas of Concern (AOCs) and moved a number of the remaining AOCs closer to delisting through the removal of numerous environmental impairments. GLRI resources have also been used for projects that have prevented more than one million pounds of phosphorus from entering the Great Lakes, reducing the excess phosphorus that contributes to harmful algal blooms in western Lake Erie, Saginaw Bay, and Green Bay. The GLRI produces economic benefits as well. A 2018 University of Michigan study shows that every dollar of federal spending on GLRI projects between 2010 and 2016 will produce $3.35 in additional economic activity in the Great Lakes region through 2036.

In addition to GLRI Action Plan III, the agency announced that it has recently awarded five GLRI grants for restoration work in Michigan, totaling nearly $11 million: