The removal of millions of tons of arsenic-laden coal ash was mandated by a court settlement. 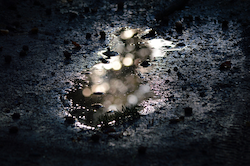 Image by athree23 from Pixabay

COLUMBIA, SC — Fulfilling a mandate from a court settlement in nearly 10 years ago, Dominion Energy has finished removing 3.5 million tons of arsenic-laden coal ash from a 100-acre storage pit on the banks of the Wateree River in Richland County, SC.

The 2012 settlement was reached by the Southern Environmental Law Center (SELC) representing Catawba Riverkeeper Foundation and required the South Carolina Electric & Gas (SCE&G), since acquired by Dominion Energy, to dig out coal ash that the utility had stored in unlined pits bordering the Wateree River.

The waste pond was just upriver from Congaree National Park. Arsenic from the coal had leaked into the groundwater and then into the river, but as SCE&G removed the coal ash, the arsenic contamination levels in the groundwater have dropped by at least 90%.

“With this milestone, the Wateree River and the Congaree National Park are safer than they have been in decades, and the continuing flow of coal ash pollution into the Wateree River has ended,” said Frank Holleman, a senior attorney at SELC. “This outcome demonstrates the importance of the enforcement of our anti-pollution laws by citizen groups like the Catawba Riverkeeper, and other utilities should follow Dominion’s lead by listening to their communities and cleaning up their leaking, unlined coal ash pits.”

The South Carolina Department of Health and Environmental Control notified Dominion Energy in late November that its inspectors certified the completion of the Wateree Station ash removal project 13 months before the scheduled date, according to Dominion.

“In 2011, we made a voluntary commitment to complete the ash removal process at Wateree Station,” Dominion Energy South Carolina Vice President of Fossil Hydro Operations Jim Landreth said. “We were able to achieve removal well ahead of schedule, as part of our ongoing efforts to improve operations that are also beneficial to the environment.”

Prior to Dominion acquiring SCE&G earlier this year, SCE&G had taken action to remove all the coal ash from all its unlined storage pits in South Carolina, in addition to Wateree. Since 2011, SELC and community groups have launched legal challenges and public efforts to apply anti-pollution laws to coal ash pits operated by several utilities across the Southeast. Since then: