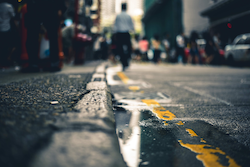 Image by StockSnap from Pixabay

The US Environmental Protection Agency (EPA) has extended the public comment period for its proposed plan that evaluates impacts of the current and expected future volume of combined sewer overflow (CSO) discharges to the Newtown Creek Superfund Site Study Area in New York City to January 27, 2020. EPA added Newtown Creek to its Superfund National Priorities List of the country’s highest priority hazardous waste sites in September 2010 and investigations of the entire site are ongoing.

The Newtown Creek Superfund Site Study Area is comprised of the waters and sediments of Newtown Creek in Brooklyn and Queens. Outside of the Superfund process, the City of New York is under order by the State of New York to implement a CSO Long-Term Control Plan (LTCP) for Newtown Creek. The LTCP includes a number of components to reduce future CSO discharges to the creek, including the construction of a storage tunnel. The LTCP is anticipated to reduce the volume of CSO discharges to Newtown Creek by approximately 61% and to achieve waterbody-specific water quality standards under the Clean Water Act. EPA has determined that the water pollution volume controls prescribed by the LTCP that the city and state will implement, in accordance with requirements of the Clean Water Act, are sufficient to meet the needs of an eventual Superfund cleanup for the Study Area of the Newtown Creek Superfund Site. The EPA anticipates requiring monitoring of the four largest CSOs to confirm the assumptions made in this proposed plan.

The EPA is conducting in-depth investigations of the extent of the contamination at the entire Newtown Creek Superfund Site in order to determine how best to clean it up over the long-term. This proposed plan is for one aspect of the site.

The EPA will determine in the future whether additional control actions, either in the creek or at CSO points-of-discharge, are needed to address the cleanup of the full site. These additional control actions could include the placement of sediment traps and/or oil sorbent pads at the end of CSO discharge pipes and in-creek maintenance dredging to address the potential accumulation of contaminated solids near the CSO discharges.