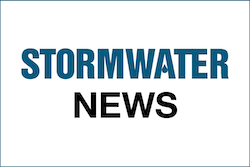 Seattle (September 7, 2017) — The U.S. Environmental Protection Agency is accepting public comments on the State of Idaho’s application to assume the role of writing, administering and enforcing water quality discharge permits in the state. Until now, the job of writing wastewater and stormwater discharge permits, performing facility inspections and otherwise enforcing the National Pollution Discharge Elimination System (part of the federal Clean Water Act) has been the sole responsibility of federal authorities at EPA. The public comment period will close on Wednesday, October 11, 2017.

Beginning on Monday, September 11, the U.S. Environmental Protection Agency will hold five public meetings in cities across the state, each featuring a presentation and question and answer session, followed by a public hearing to accept comment and testimony on Idaho’s application to assume regulatory authority for administering the Clean Water Act permitting program in Idaho. EPA will continue to write and enforce NPDES permits for discharges to tribal waters within Idaho’s state borders.

The NPDES permit program, a key part of the federal Clean Water Act, controls water pollution by regulating sources that discharge pollutants to waters in the United States. EPA officials underscored that while today’s Public Notice triggers a 60-day public comment period on Idaho’s program proposal, any final action by EPA to approve the program and transfer permitting authority is slated for July of next year.

By seeking authorization for the NPDES program, Idaho’s Department of Environmental Quality would gain the authority to write wastewater discharge permits for municipalities, businesses and industry, as well as enforce those permits to insure permit compliance with all the conditions required by the permit.

As part of the authorization agreement, EPA retains:

Following the close of the comment period, EPA will review all documents and decide whether IDEQ’s program meets federal requirements, Idaho’s authority to over discharge permits would be phased-in over four years for different types of permits.  EPA will continue to write permits within the phases that Idaho has yet to assume. Permits previously issued by EPA will remain in effect and become State IPDES permits, administered and enforced by the IDEQ.

Idaho plans to phase-in the permit program as follows:

Phase I (Upon delegation): Domestic Wastewater Facilities and the Pretreatment Program

Phase IV (Three years after delegation): All Stormwater Permits and the Biosolids Program