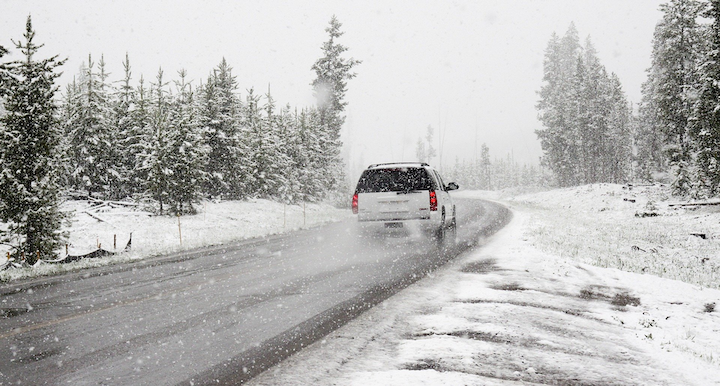 Image by Pexels from Pixabay

Icy roads might be hazardous for drivers, but using road salt to make the highway less slippery is hazardous too. Ignoring the corrosive damage road salt does to the underside of your car, road salt can make its way into the soil and plantlife adjacent to roadways. Road-salt laden stormwater runoff can also prevent the natural water turnover in lakes, posing a threat to the lake's ecology, according to a new study.

Researchers from the Ausable River Association and the Adirondack Watershed Institute monitored the water quality of Mirror Lake, near Lake Placid, NY, for two years as part of the study published in Lake and Reservoir Management.

Situated within Adirondack Park, Mirror Lake is a dimitic lake, meaning that the water in the lake "turns over" twice a year (once in the fall and once in the spring) due to changing water temperatures and densities in different strata of the lake. This turning circulates oxygenated water from the top of the lake down to the bottom of the lake. Because the lake only turns twice, the oxygen that is mixed in must last plants and animals in the bottom portion of the lake until the next turn.

The researchers found that road salt runoff changed the density of the water and prevented the spring mixing of the water column. As a result, this limited the oxygen available in the water and limited the habitat available to native lake trout, which require cold, oxygenated water to survive and have been declining across their native range.

High levels of surface-water chloride were first noticed in Mirror Lake in 2014 when it was surveyed as part of the Adirondack Lake Assessment Program, and so the following year, the researchers began monitoring Mirror Lake more intensely. Mirror Lake completely mixed seasonally except for the spring of 2017. Because of road salt applications that winter, there were density differences in the water column which prevented mixing that spring. And because the water didn't mix that spring, the conditions lasted until the summer.

The researchers believe the high concentration of road salt in Mirror Lake and the resultant reduction in mixing are likely due to its small size, the concentrated development around the lake, and the direct discharge of stormwater into the lake. They believe it's likely other urban lakes may be experiencing the same phenomenon, but likely aren't being monitored.