Wetlands and temporary bodies of water will likely no longer be protected. 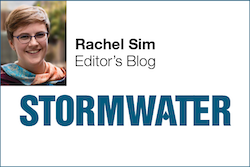 Last week, EPA finalized the repeal of the 2015 Clean Water Rule defining “Waters of the United States” or WOTUS. The rule determined which waters were federally regulated under the Clean Water Act. EPA has yet to finalize a new definition for which water bodies will fall under federal jurisdiction.

The Clean Water Act (CWA) is the federal law governing water pollution, but what waters fall under that jurisdiction has been a contentious question. The federal government has an obvious jurisdiction over seas, interstate bodies of water, and the like. But, as those in the stormwater industry know, rivers and lakes are fed by runoff, tributaries, and groundwater, and all these smaller water sources can feed into the ocean.

According to a 2018 Congressional Research Service (CRS) report, in 2001 and 2006, the Supreme Court issued two rulings created some uncertainty about which waters were covered. The 2001 court case pertained to a proposed landfill site near where migratory bird ponds had developed in abandoned excavation trenches. The 2006 case was regarding a land developer who had filled in 22 acres of wetlands on his own property.

The 2015 Clean Water Rule was EPA and Army Corps of Engineers’ attempt to more clearly define the scope of the waters protected under the CWA. “It focused on clarifying the regulatory status of waters with ambiguous jurisdictional status following the Supreme Court’s rulings, including isolated waters and streams that flow only part of the year and nearby wetlands,” according to the CRS report. The Clean Water Rule more clearly defines “tributaries” and added “adjacent waters” to the categories under federal jurisdiction.

“The 2015 rule gave the federal government authority to oversee a wide array of lakes, streams, wetlands, stormwater controls, and ditches feeding into larger waterways that are clearly protected under the 1972 Clean Water Act,” writes the Washington Post. According to WaPo, between the 1780s and the 1980s, nearly half of the 220 million acres of wetlands in the US were drained, mostly to expand farmland.

The recent repeal has returned the WOTUS to the standards put into place in 1986, until EPA finalizes the new definition later this year. NPR reports that under the EPA’s proposal, the only wetlands protected will be those adjacent to a major body of water or connected by surface water. Groups who oppose the repeal, like the American Fisheries Society, worry that temporary or ephemeral streams and headwaters will no longer be considered substantial enough to merit protection.

Balancing private needs with public good is challenging, particularly when it comes to water. Water doesn’t respect property or state lines; it just flows, and it’s all connected. The US Water Alliance’s One Water movement is the more sophisticated, policy-oriented version of the water cycle I remember from elementary school—rain falls into rivers and on to the ground, eventually making it to the ocean, where it evaporates and turns back into rain. The best version of the Clean Water Act would find a way to balance economic development and private rights while reflecting our understanding that all water is connected and must be treated holistically.