Catching small problems before they become big ones 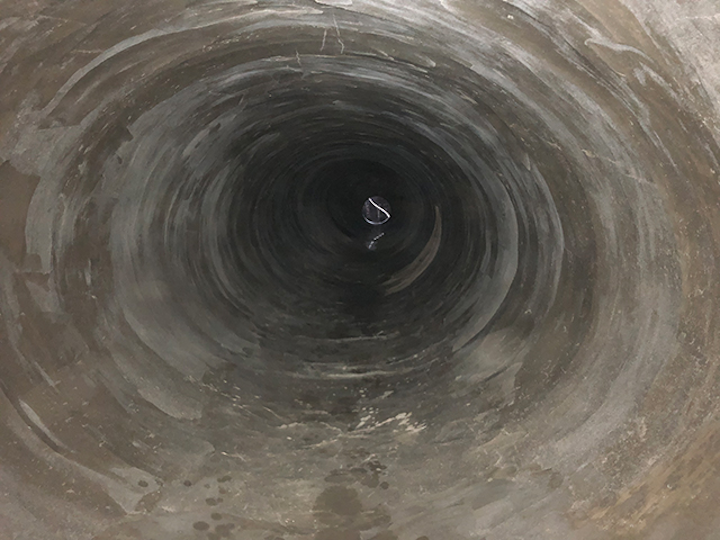 In an effort to extend the life of drainage systems for as long as possible without the expense and disruption of digging up and replacing pipe, many municipalities are relying on pipe inspection and repair programs.

Catching problems before they become more significant is part of a robust inspection program.

Barring any emergencies, crews from Newark, OH’s Division of Water and Wastewater jet-clean and televise underground conveyance systems almost daily, going through the city’s grid system to inspect lines on an annual basis.

It was during one of those routine pipe maintenance inspections that a crew noted some bricks had fallen into a 48-inch-diameter brick-lined combined storm sewer line on one of the city’s busiest thoroughfares.

Drew Forgrave, assistant superintendent, was well aware of the potential outcome: a cave-in or potholes in the road. “We really needed to correct that quickly,” he says.

Division officials considered various options, including bringing in large equipment, closing the street, and doing an excavation repair; replacing the line; or lining it with something else. 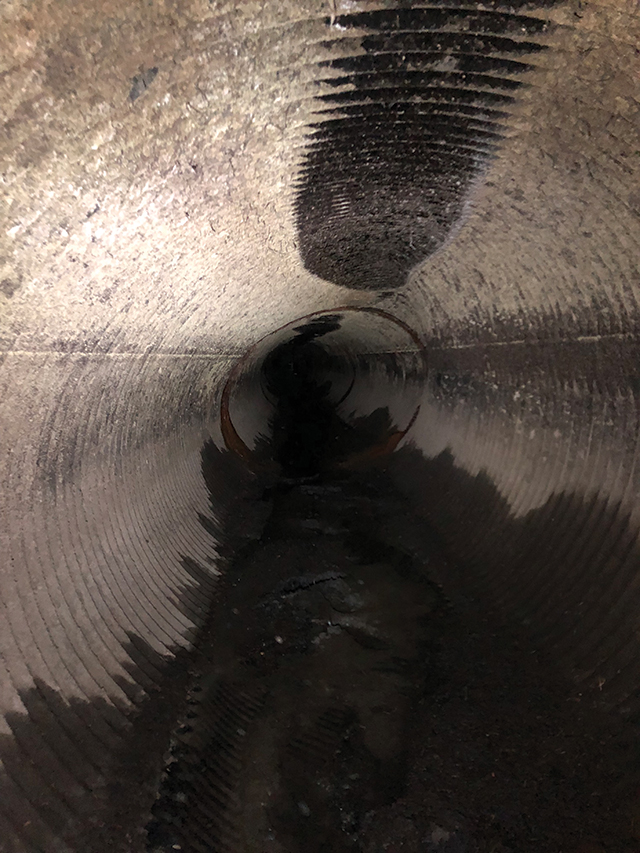 Given that four blocks of that part of the street were already included in an engineering and design plan to replace the conveyance pipe as part of an overall plan for separating the combined storm and sanitary sewer lines, the solution that made the most sense was to use a trenchless approach.

“We are putting a lot of time and money into working toward separating the combination lines. Some of the newer parts of our city as we expand are mandated to be storm and sanitary separated, but in some of our older parts of town there are still combination lines,” says Forgrave. “As we replace these, we are separating them as we go, but it’s a pretty big deal when you’re getting into that size of line in older parts of town.

“If you look at the financial part of it, it’s always good to look at every aspect to see what’s beneficial. There’s no sense in excavating if we had another solution, because we’ll be excavating it and replacing it within a couple of years.” 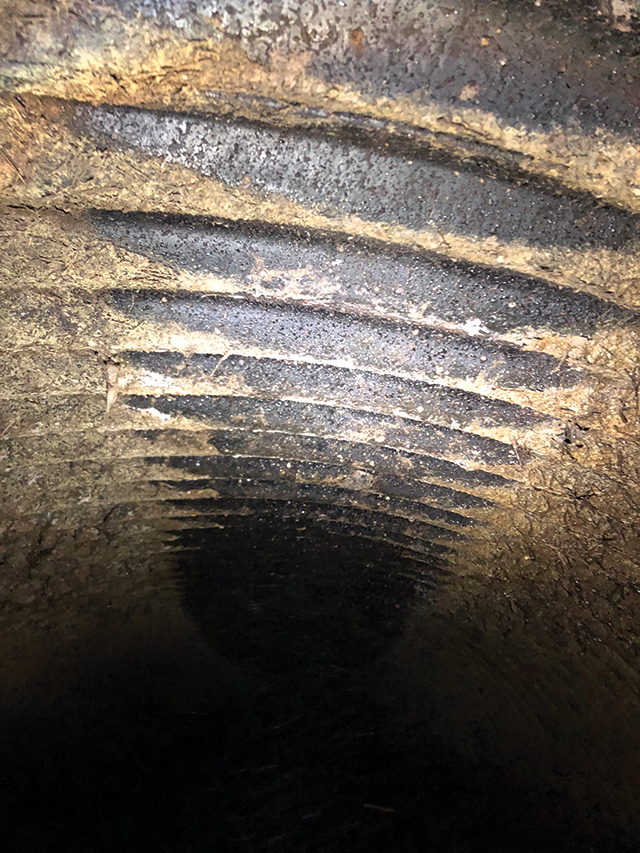 Newark—which is east of Columbus and has a population of 49,000 served through more than 18,300 connections—has its own slip-lining materials and equipment that enable its crews to tackle some jobs up to a certain pipe diameter. But this one called for assistance from HammerHead Trenchless, from which Newark has sourced materials for in-house jobs.

“If we had a 10-inch sewer that was only six feet deep and had this happen, we would have excavated it ourselves and done it in a day and a half, but when you get into 10-foot-deep, 48-inch brick sewer, you’re going to need track hoes, dump trucks, material, and labor,” says Forgrave.

“HammerHead crews came down and took a look at what we had going on. We devised a plan, got a price, and their crew came in at a pretty short notice.”

The 10-foot-long section of pipe is in a residential area that includes a school. The project took place at the end of the school year in June 2018.

“We were a half a block away from bus routes and parents picking up their kids from school there,” says Forgrave. “We were right in the middle of the road. We had to cone everything off, and we were actually able to keep traffic flowing with some people watching. We had to be at a manhole to pull cable to get the packer to where it needed to be. There were intricate measurements.”

The line was somewhat oval-shaped, notes Forgrave. “It’s not like it’s factory-fabricated pipe. Those bricks got laid in there. It isn’t perfectly circular. When the ground comes down, that line ends up squishing a little bit.”

The crews had to make changes about 1 foot in and then 2 feet in. “It went pretty quick once we realized what we needed to do,” says Forgrave. “Once we ended up getting the right material that we needed, it was a two-day project. We cleaned everything out. We prepped everything, put it in, and let it dry.”

“It was a pretty substantial job and had to be done in a timely manner, but we have some good guys working here, and with the help of those guys from Hammerhead, it went off pretty well.”

Brett Healy, engineer and owner of Great Lakes TV Seal, notes that while the vast majority of his company’s projects are for sanitary lines, he’s starting to see an uptick in projects to inspect and repair storm sewer lines.

“Storm sewer lines have been neglected,” he says. “I think municipalities really didn’t get on the bandwagon until the early 1990s with people really being proactive. We’re finally to the point right now where people are recognizing they need to move from a focus on sanitary sewers to include storm sewers. They’re 50 to 70 years old and made of corrugated metal, and we’re having road bed failures. In Wisconsin, it’s finally coming around where you’re starting to see bids put out for just stormwater inspections.” 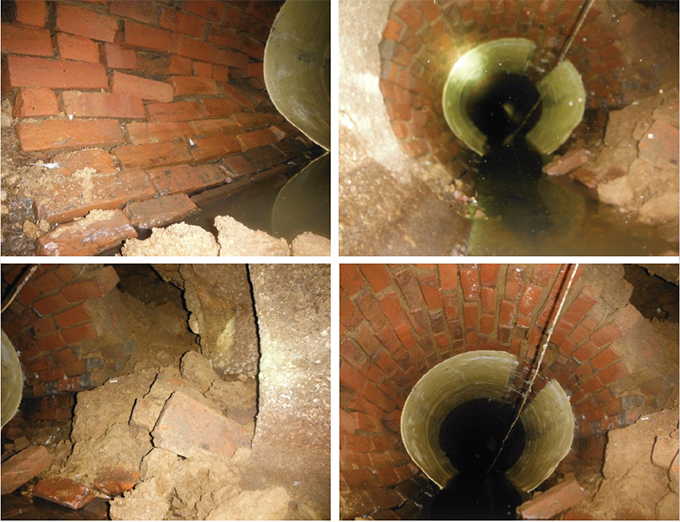 Most of the services provided by Great Lakes TV Seal are for municipalities, with some clients in industry and dairy operations. Healy’s company is busy providing services in cleaning and televising inspections, including a gamut of rehabilitation solutions.

“There are numerous times that we have lined a storm sewer line only because it goes through major intersections,” says Healy. “Just for public relations, shutting down a roundabout, an intersection, or a lane of traffic to reline a storm sewer when we can go in within a day or two and do a couple of spot repairs—we’ve done that numerous times.

“We have a lot of concrete streets here, and it’s more feasible to line a sewer than it is to pull up the concrete. In our neck of the woods up here in Wisconsin, digging a line in the grass is very cheap, but when you have curb, gutter, gas lines, water lines, concrete, and traffic, it only makes sense to go trenchless.” 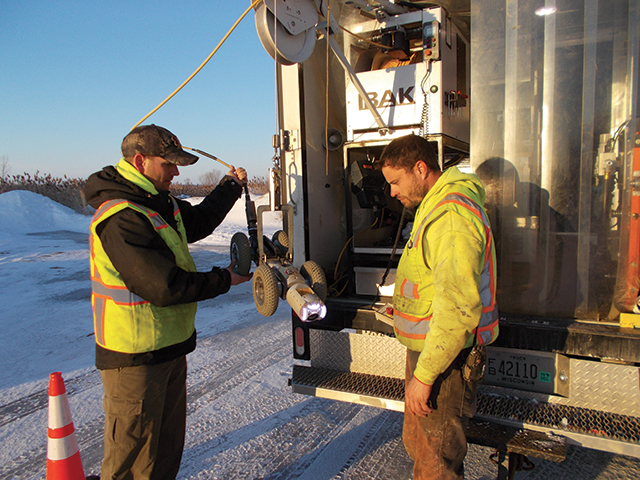 One of the company’s clients is the University of Wisconsin-Superior, “where we’re looking at doing a storm sewer job for them underneath some parking lots to the college; they have rolled gaskets and mineral deposits. We’re looking at using the Schwalm robotic cutter with a RapidView IBAK pipe inspection camera to remove all of the rolled gaskets and deposits and going in and lining all of the joints.”

In the nearly four decades in which Great Lakes TV Seal has been in business, Healy has seen advances in technology range from dragging cameras through a line with an aircraft cable and a hand winch to self-mobile tractors. Each helped improve efficiencies for the contractors.

Then in the 1980s came the pan and tilt cameras.

“It was all about not just efficiency but a better video, better quality, focus, iris, zoom capabilities,” says Healy. “Now it’s much more than that. The reports have gone from handwritten to typed into a Lotus program to a video that is correlated with a written report. We have instant access to a certain tracking number on a video with the report.”

Now, when his crews televise a line, they can present a client with a detailed defect report that has scoring options. In large metropolitan areas, all of the pipes can be scored within zones.

Great Lakes TV Seal also gives clients detailed problem reports. “When we are finished, the city knows exactly how many leaks it has, how many joints have roots. In this detailed report, we will take 300,000 feet of footage and compile it into a couple of pages, which is almost like a table of contents where they can look at a specific lined manhole. They can see they have three leaks in this line, 80 feet of a crack, two feet of sagged pipe, five feet of grease.

“That’s something we couldn’t do without the data collection software we have now. We can have the computer consolidate everything into a format that an engineer or a municipal director of public works can use to wrap their arms around a project and narrow it down to something that is maintenance-related. Maybe they just need to clean the storm sewers versus dealing with something that’s imminently going to collapse. We got away from the days where an engineer had to watch 20 hours of VHS tapes. The computer can put it right in front of their face.”

Look for drones as the next step in pipe inspection, says Healy.

“I’ve contacted some companies in Europe. You can actually fly drones into lift stations and into large-diameter culverts. There are drones now that are used for inspecting smokestacks, chimneys, and digesters in sanitary lines. They’ve also done storm sewer culverts with them. It’s also centered around municipal sewers and cutting their costs for digging.”

A 120-foot, 60-inch-diameter corrugated metal stormwater retention tube was deteriorating in a residential area of Kenmore, WA, resulting in water leaking through and rust that was eating out of the bottom of the pipe as well as the joints.

The city of Kenmore had specified a calcium aluminate approach instead of an epoxy product for the project. 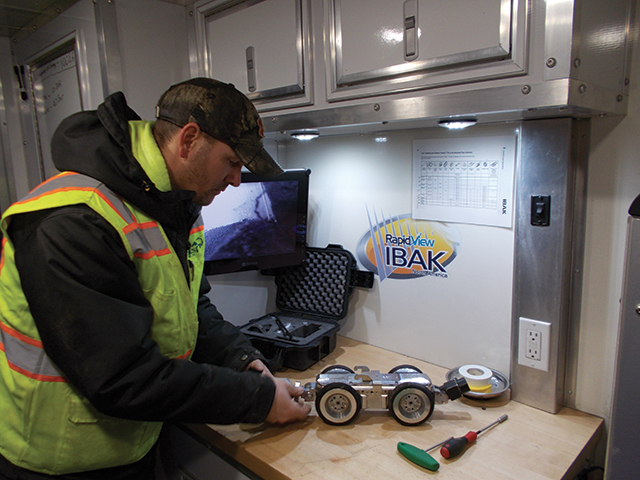 Celigoy had been using The Strong Company’s products for more than 27 years, but the Kenmore job would be the first time he was using Storm Seal.

While Storm Seal is centrifugally cast using the Strong Seal Systems mixer, pump, and spinner, it also may be sprayed manually.

The product’s compressive strength is greater than 9,000 psi with a tensile strength of 800 psi and a flexural strength of 1,200 psi. It has demonstrated no visible damage after 300 freeze-thaw cycles. 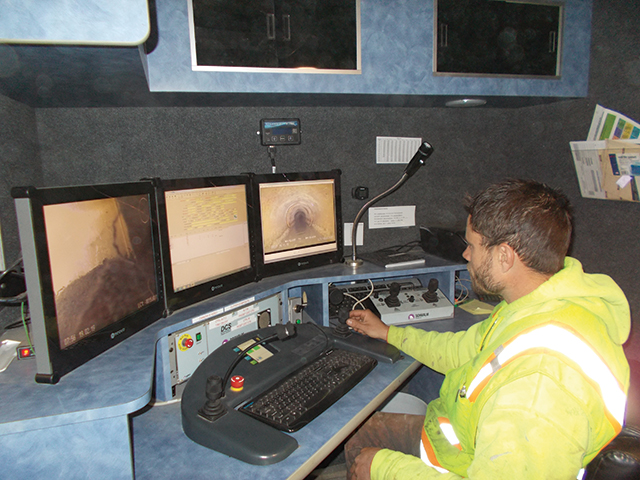 Over the course of two days in November 2018, the Pro-Vac crew of three first grouted the leaks and then followed up with Storm Seal. Pro-Vac used three bags in a hopper with 13 gallons of water. The product mixes in the hopper, drops into another hopper, and goes through a stator, giving it the pressure to be sprayed on, says Celigoy.

The Pro-Vac team had set up a bypass just in case it rained during what was the region’s rainy season.

Celigoy concedes he was a bit reticent when the process started, having not used that particular Strong Company product before.