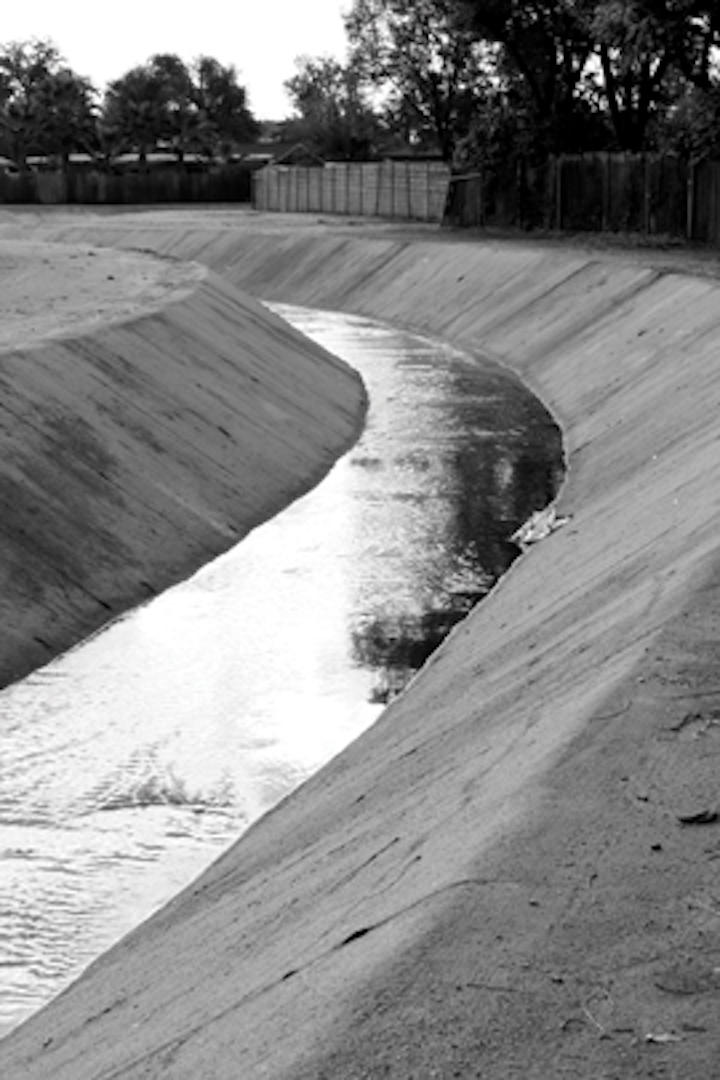 Under one new provision, for example, the federal stormwater program would be extended to cover all “newly developed” and “redeveloped” properties in the country. The new rules would require owners of such properties to reduce their runoff using stormwater control technologies. EPA has not yet released the proposed rule, but it has suggested that it may require site owners to limit runoff based on predevelopment hydrology: the amount that would have occurred under natural conditions.

By increasing the amount of rainwater absorbed onsite and reducing the amount flowing off impervious surfaces and into waterways, these regulations could go a long way toward cleaning up our nation’s waters. However, at a time when the public is debating many weighty environmental issues, stormwater has been largely overlooked. EPA’s original deadline for proposing the rule was September 30, 2011. Though EPA missed that deadline, and several more since then, there has been little pushback.

We encourage EPA to stop moving the goalposts and to propose the rules. And we also encourage EPA to take several steps to make its proposed rules as economically efficient as possible. As part of a team at the Institute for Policy Integrity, a non-profit think tank at the New York University School of Law, we recently sent EPA a letter suggesting ways the rules can maximize benefits to society while incorporating flexibility, ease, and efficiency. (Our full letter can be viewed here .) Below, we summarize the likely features of the new rule and provide some ideas for how it could achieve the greatest environmental benefits at the lowest cost.

The New Rule: Broad in Scope
Based on EPA’s initial announcement in 2009 and other statements EPA has made, it appears that the new regulations will expand both the scope and the stringency of the federal stormwater regulations.

The most significant change under the new rules would be the creation of a program to control stormwater discharge from all new development and all redevelopment. Currently, federal stormwater regulations only apply to municipal separate storm sewer systems in urbanized areas, to construction sites, and to specific categories of industrial sites. The new regulations would expand the stormwater program to cover all “newly developed” and “redeveloped” sites.

The agency would reduce stormwater runoff from these sites by promoting sustainable practices that mimic natural infiltration. EPA has indicated that this new program could be based on a requirement that post-development hydrology mimic predevelopment hydrology on a site-specific basis–in other words, the amount of runoff after development could be no greater than under natural conditions.

If adopted, these requirements would be similar to the current rules for federal facilities under the Energy Independence and Security Act of 2007. Under this law, federal facilities over 5,000 square feet are required to use green technology to “maintain or restore, to the maximum extent technically feasible, the predevelopment hydrology of the property with regard to the temperature, rate, volume, and duration of flow.”

Finally, to combat the effects of stormwater runoff on ecologically delicate coastal estuaries, the agency is contemplating stricter standards for stormwater control in the Chesapeake Bay watershed, and potentially in other environmentally sensitive regions as well.

Taken together, these new regulations would likely cover considerably more sites, and would likely require more stringent requirements, than the current federal stormwater program. The result could be significant water-quality improvements at a manageable cost–but only if the regulations are designed in a way that maximizes efficiency. As always, the devil is in the details.

The Need for an Accurate Accounting of Costs and Benefits
Cost-benefit analysis is central to the federal regulatory process. Cost-benefit analysis refers to weighing the economic costs of a proposed course of action against its economic benefits (using dollar values wherever possible). A federal Executive Order, in place since the Reagan Administration, requires federal agencies to issue only rules for which the benefits exceed the costs. Agencies can also use cost-benefit analysis to compare different regulatory options, and to choose the one that maximizes net benefits to society.

Too often, however, agencies look at “benefits” too narrowly. Agencies fail to consider the full range of benefits that would result from a proposed rule. In its letter, Policy Integrity urges EPA to refine its cost-benefit analysis by considering additional categories of benefits not considered in previous stormwater rulemakings. These include reduced erosion, increased tourism, and reductions in discharge from combined sewer overflows.

Policy Integrity also points out a number of “ancillary benefits”–that is, additional benefits to society in addition to obvious, first-order benefit of the rule–that EPA should consider as it weighs the costs and benefits of the proposed regulations. For example, green roofs make buildings more energy efficient. Structures specially designed to control stormwater also often have longer life cycles than many of the traditional structures they replace. Green roofs last longer than conventional roofs, and porous pavement lasts longer than asphalt and concrete pavement. Stormwater-control landscaping can mitigate urban heat islands, which can reduce the negative effects of heat waves and also increase aesthetic value. Policy Integrity writes that EPA should do its best to consider these benefits in dollar terms, but should also consider them qualitatively where quantification is not possible.

Policy Integrity also discusses the importance of calculating costs accurately. For example, agencies’ cost-benefit analyses often overstate costs by failing to take into account industry adaptation and innovation. In other words, as the regulatory landscape changes, regulated entities adjust. Technological innovation, economies of scale, and other adaptive practices often lead to overall costs that are lower than expected–especially in contexts such as green infrastructure, where technological innovation is rapidly unfolding. EPA should take this dynamic into account as it weighs the costs of the new stormwater regulations.

Maximizing Efficiency Through Innovative Rule Design
In addition to weighing the costs and benefits of different regulatory approaches, EPA will also have to decide how the rule should be designed. Policy Integrity encourages EPA to consider innovative ideas that have the potential to achieve greater environmental benefits at a lower cost. These ideas include market-based approaches, limits on “grandfathering” (a term that refers to exempting existing sites from the regulation), carrying out stormwater permitting on a watershed basis, and using the power of citizen involvement to strengthen enforcement of the regulations.

First, EPA should determine whether, and where, regulatory approaches based on market principles would be more efficient than traditional top-down regulations. Stormwater runoff is a classic example of what economists call an “externality.” Dischargers do not bear the costs of their stormwater runoff. Therefore, they lack an incentive to reduce it. Market-based approaches create an incentive for discharging sites to control their own stormwater runoff. These approaches could involve assessing a fee in proportion to a discharger’s runoff by means of a stormwater utility or requiring dischargers to purchase credits on a market in proportion to their runoff, thereby creating a marginal cost for stormwater disposal.

Hundreds of municipalities in the United States have already adopted stormwater utilities. EPA should promote the adoption of stormwater utilities and assist municipalities with designing optimal rate structures. Additionally, market-based approaches such as cap-and-trade programs, emissions fees, offsets, and in-lieu fee programs have worked effectively in other environmental contexts. EPA should consider whether these types of regulatory approaches would make the stormwater regulations more effective.

Second, EPA should consider limiting grandfathering in the proposed rule. The term grandfathering refers to the shielding of existing sources of pollution from a new regulatory regime. Grandfathering can make regulations much less effective than they would otherwise be. For example, when the Clean Air Act was passed, its provisions applied only to “new sources” of pollution. This created an incentive to keep old, highly polluting power plants and factories in operation longer than they otherwise would have been. In some cases, however, grandfathering can also make sense from an efficiency standpoint, such as where it would be prohibitively expensive to impose environmental controls all at once.

On the one hand, in the stormwater context, grandfathering is a potential problem. Because the regulations only apply to new development and redevelopment, existing sites will not be covered. Thus, landowners may have an incentive not to redevelop their property–keeping current runoff conditions in place. On the other hand, requiring every developed site in the United States to immediately impose stormwater control measures would be prohibitively expensive.

Policy Integrity suggests that EPA balance these concerns by considering a time-limited transition relief scheme. EPA could design a deadline by which all existing sites must replace particular facilities relevant to stormwater control (such as roofs and parking lots) or a deadline by which all existing sites must conform to the standards that the regulation establishes for newly developed and redeveloped sites. This solution could potentially allow for the benefits of grandfathering–namely, a gradual transition–to be realized, while avoiding the long-term efficiency problems grandfathering can cause.

Third, EPA should consider ways to structure the rule that would enable permitting on a watershed level–instead of the current system, which is based on political boundaries determined by census. Establishing watershed-specific standards has the potential to achieve significant efficiency benefits by targeting controls not to a national standard, but to the ecological needs of a given water body.

Fourth and finally, Policy Integrity argues that EPA should consider designing the rule in a way that better facilitates citizen participation in the permit review and enforcement process. No matter how well regulations are designed, they will not be effective in the real world without enforcement. Thus, many environmental laws, including the Clean Water Act, allow citizens–not just state and federal prosecutors–to enforce the law by filing lawsuits in court. These “citizen suit” provisions have proven effective in increasing compliance with environmental laws. Unfortunately, the current stormwater regulations are designed in a way that makes effective citizen enforcement all but impossible.

Policy Integrity argues that, to better facilitate citizen enforcement, EPA should increase dischargers’ duty to self-monitor and self-report, and should make those results available to the public. EPA should also require disclosure of dischargers’ stormwater pollution prevention plans and should make those plans available to the public at the earliest feasible time. Only by making it more possible for citizens to assist federal officials with enforcement will EPA realize the full environmental benefits of the new regulations.

The stormwater rulemaking represents a historic opportunity for EPA to address one of the most significant sources of water pollution in the United States. In our letter, we encourage EPA to consider the ideas discussed above, so as to enact a rule that is as economically efficient as possible.

Finally, we encourage people and organizations knowledgeable about stormwater to monitor the rulemaking at EPA.gov and reginfo.gov, to review the comments when the rule is ultimately proposed, and to consider issuing comments themselves. The more voices that participate in the conversation, the stronger and more efficient the final rules will be.